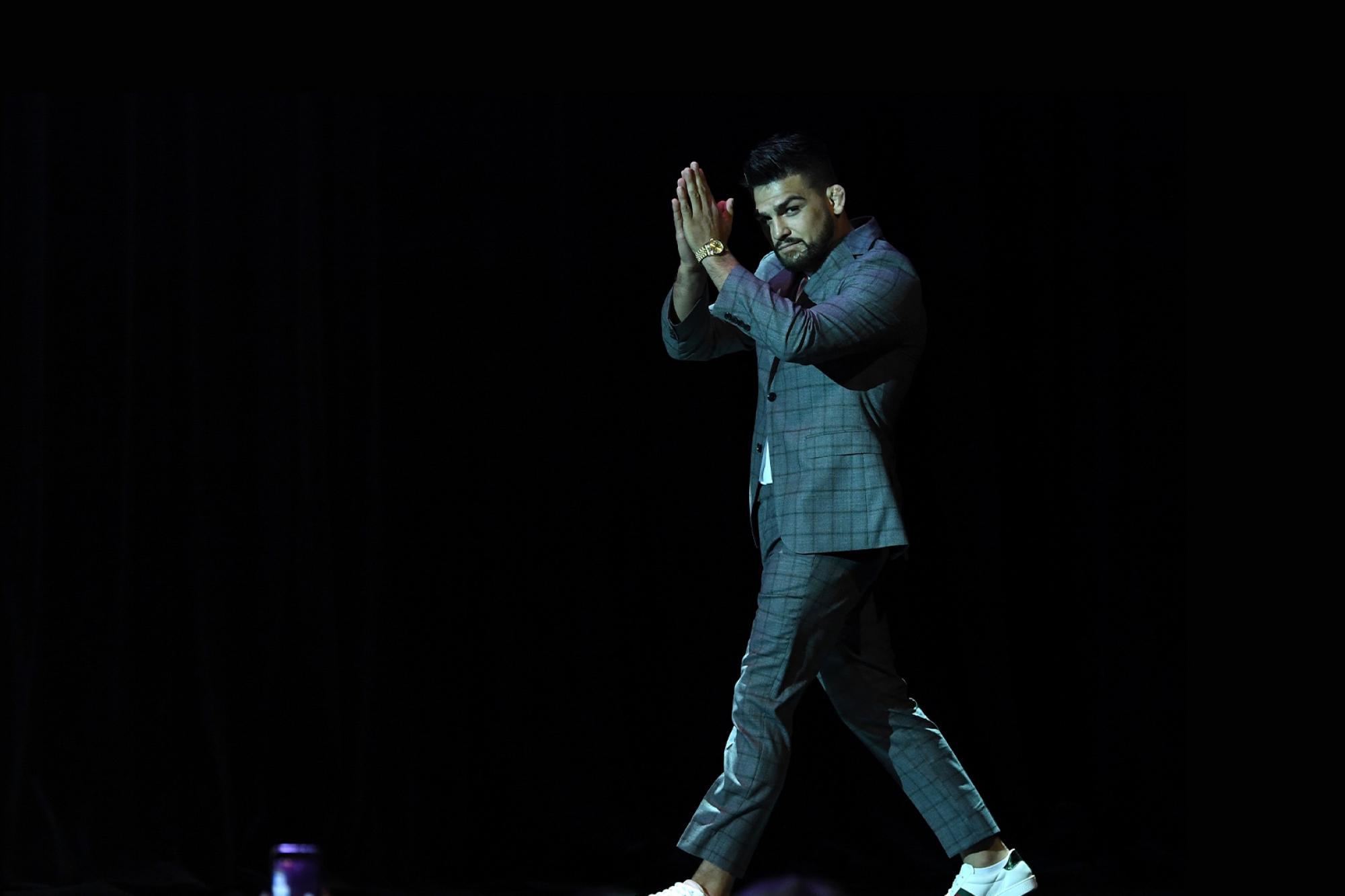 Kelvin Gastelum is eager to get to his long-awaited title shot, and he's confident he has more will-power than anyone else.
By Thomas Gerbasi • Apr. 10, 2019

Kelvin Gastelum didn’t think it was going to be easy to get to a world title shot in the UFC. But after winning The Ultimate Fighter in 2013, he didn’t think it would take six years, either.

“I thought you win The Ultimate Fighter, you beat a couple contenders and you’re on your way to a title shot and you have a nice storybook ending,” said Gastelum. “But it doesn’t quite work out like that, not for me at least. But it makes me appreciate these moments more.”

The moment Gastelum is referring to is his long-awaited title fight against Israel Adesanya this Saturday in Atlanta. It’s a fight for the interim middleweight crown, not the belt he was supposed to challenge for at UFC 234 in February. But when the 185-pound champ, Robert Whittaker, was forced from that bout due to emergency surgery, Gastelum was forced to wait.

At first, it was a disappointment, as he was left in limbo not knowing what was going to be done with the title with Whittaker sidelined. But as soon as he was told that he would face Adesanya for an interim belt, his mood lightened. And then he got downright excited when he saw the date of the fight: April 13, the same day he beat Uriah Hall for the TUF 17 title six years ago.

Take a look at some of Kelvin Gastelum's best moments in the Octagon.

“I believe things happen for a reason,” Gastelum said. “I was supposed to fight in February, that didn’t happen. For whatever reason, I couldn’t see the bigger picture then, but slowly it is unveiling and I do believe that day is a special day for me because it changed my life forever.”

Arizona’s Gastelum was the underdog throughout TUF, and even against Hall, few gave him a chance to win. But Gastelum dug down deep, and with the grit that would soon become a trademark, he beat Hall and started his UFC journey.

Yet while he wasn’t going to sneak up on anybody, he did have some battles on the way to the top, the most notable of which were with himself, as he battled the scale in his attempt to make a run at a championship in the welterweight division. Finally, in late 2016, his return to middleweight became a permanent one, though he chuckles when asked if 170 is permanently out of his system.

Sounds like a man settling in for a long reign at the top should he beat Adesanya this weekend and then do it all again against Whittaker. It’s an ambitious plan, but one he is confident of achieving. And that confidence doesn’t come from a belief that he’s a better striker than Adesanya, a better submission artist than “Jacare” Souza or a better wrestler than Chris Weidman. It comes from his gut, a belief that he simply wants it more than his opponents.

“That’s pretty much my thing in every fight,” he said. “I feel like I want it more than most of these guys. When I step into the Octagon, I think that’s what sets me apart from them. I’m not necessarily the better fighter; I just want it more. I show more grit, I show more will, and I’m not the fastest guy, the most skilled guy, but my will is superior to a lot of these guys.”

There’s no underestimating that aspect of the fight game, but it doesn’t mean that the 27-year-old Gastelum isn’t just a hard-nosed competitor with rudimentary skills. Instead, Gastelum can handle himself on the feet or the mat, and while he can take an opponent into deep waters at a grueling pace, he can also knock him out early. So though there might be the assumption that Gastelum will try to take Adesanya to places he’s never seen before, he doesn’t rule out an early finish either.

He laughs, but he’ll go all 25 if it means leaving Atlanta with a title belt around his waist. That’s something you can’t teach, but it’s also something that’s hard to explain.

On Saturday, he brings it out for the world. April 13. His night.

“It’s gonna be hard to beat me that night,” he said. “That night is a special night for me.”