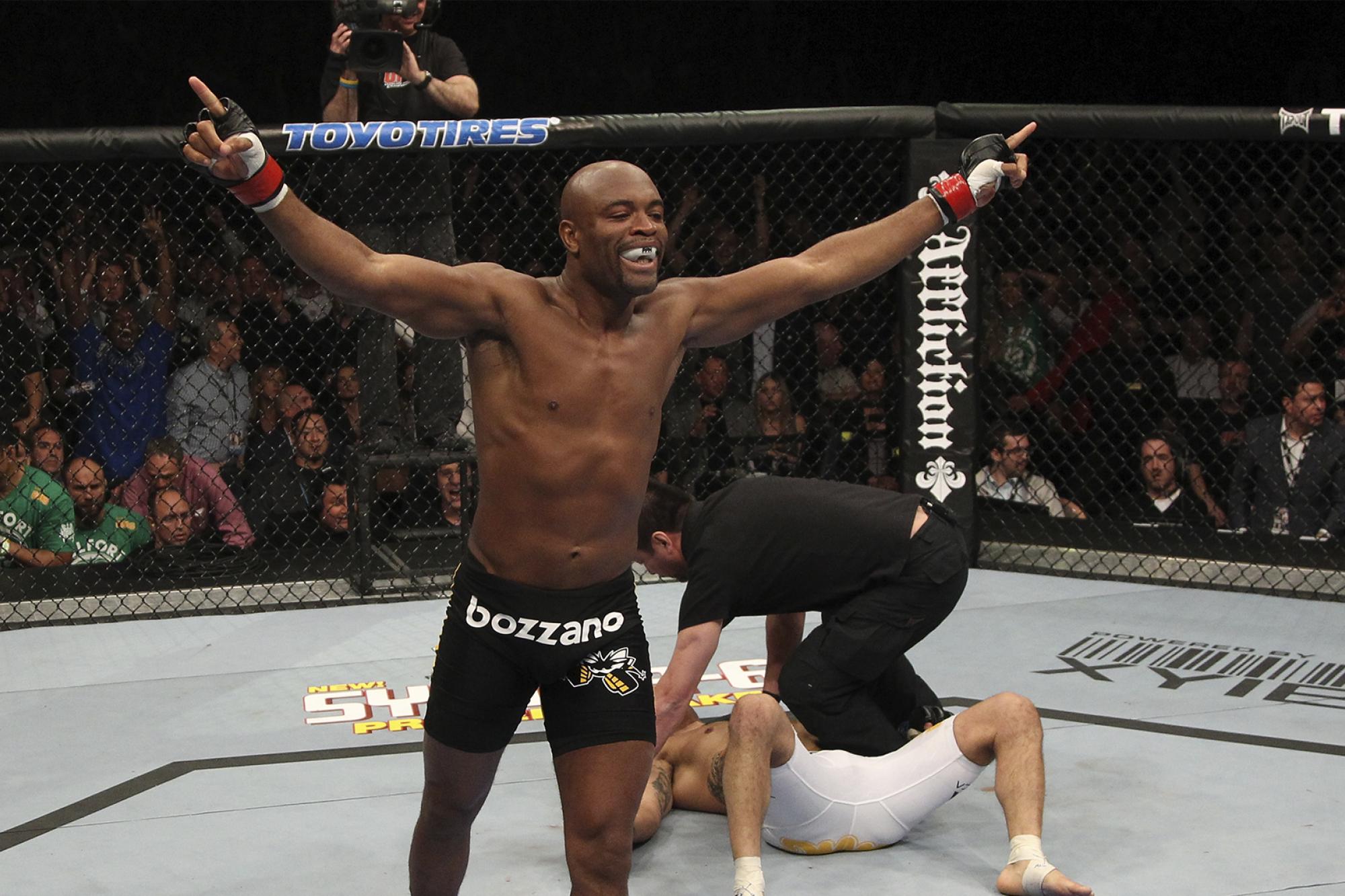 Look back at some of Anderson Silva's greatest moments.
By Thomas Gerbasi, on Twitter: @TGerbasi • Oct. 28, 2020

This Saturday, Brazilian icon Anderson Silva makes his final walk to the Octagon to face Uriah Hall. It’s been an epic career for “The Spider” to put it mildly, and for a little reminder, here are some of his defining moments.

Newton, a former UFC welterweight champion just eight months removed from a rematch loss to Matt Hughes, was returning to PRIDE for the first time in over a year, and with a four fight Japanese winning streak under his belt, his bout with the virtually unknown (at least to casual fans) Silva was a big deal. Well, if fans didn’t know who Silva was before the bell rang, they certainly knew who he was by the time his flying knee crashed into Newton’s head and sent him crashing to the canvas. Frighteningly, with the respectful and quiet nature of the Japanese crowd, Silva’s knee slamming into Newton was audible to all in attendance and those watching on TV. Bottom line, the man doing the Michael Jackson impression after the fight was one scary fighter.

After the win over Newton, Silva would go 5-3 over his next eight fights, losing by submission to Daiju Takase and Ryo Chonan and by disqualification to Yushin Okami, while putting together wins over UFC vets Jeremy Horn, Lee Murray, Jorge Rivera, and Curtis Stout. The next UFC vet on his plate was Miletich Fighting Systems’ Tony Fryklund, and though the result shows up as a KO1 for Silva, it was the way he did it that was simply amazing. Throwing a back elbow out of nowhere, Fryklund collapsed to the canvas and was so concussed that his immediate attempts to get back up were for naught. It was a spectacular show of Silva’s striking prowess, versatility and creativity.

“That’s what makes a difference,” said Silva when asked what makes him try moves most fighters wouldn’t dare to. “I don’t think I’m better than anyone, I just like to prove to myself that things I imagine can be done. Expect the unexpected.” 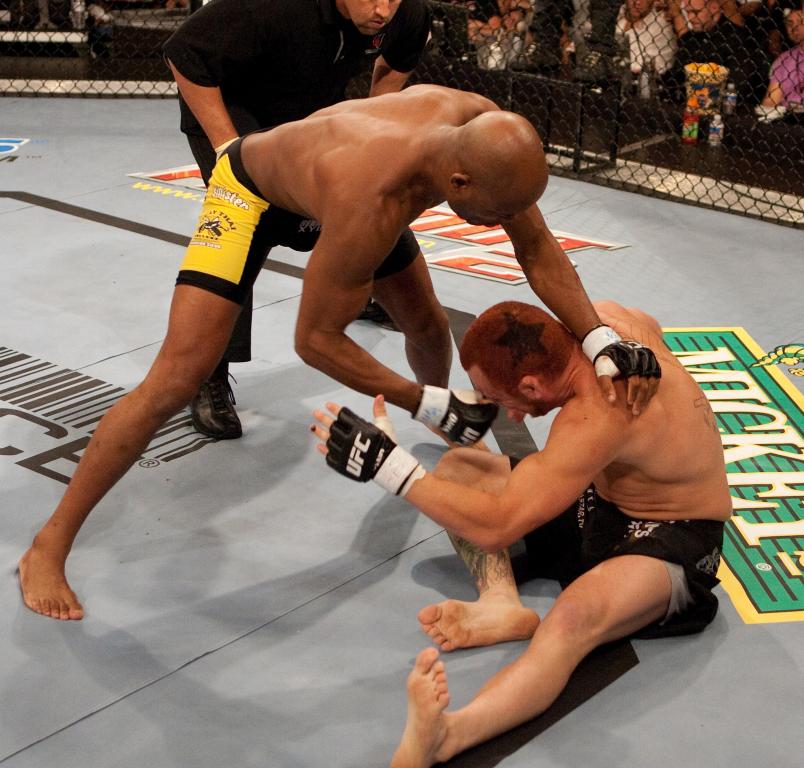 Anderson Silva punches Chris Leben at UFC Fight Night 5 at the Joint at the Hard Rock on June 28, 2006 in Las Vegas, Nevada. (Photo by Josh Hedges/Zuffa LLC via Getty Images)

The UFC signed Silva in the time after the Fryklund fight, and while the diehards knew who “The Spider” was, to the casual fan, The Ultimate Fighter season one’s Chris Leben – then on a five fight winning streak – was truly the one moving in on a shot at middleweight boss Rich Franklin. But as soon as the bell rang, it was clear that this was a new kind of striker, one who easily avoided Leben’s crude attacks and fired back with blistering combos that left ‘The Crippler’ defenseless. The end came at the 49 second mark of the first round, and Franklin had himself a new prospective contender. 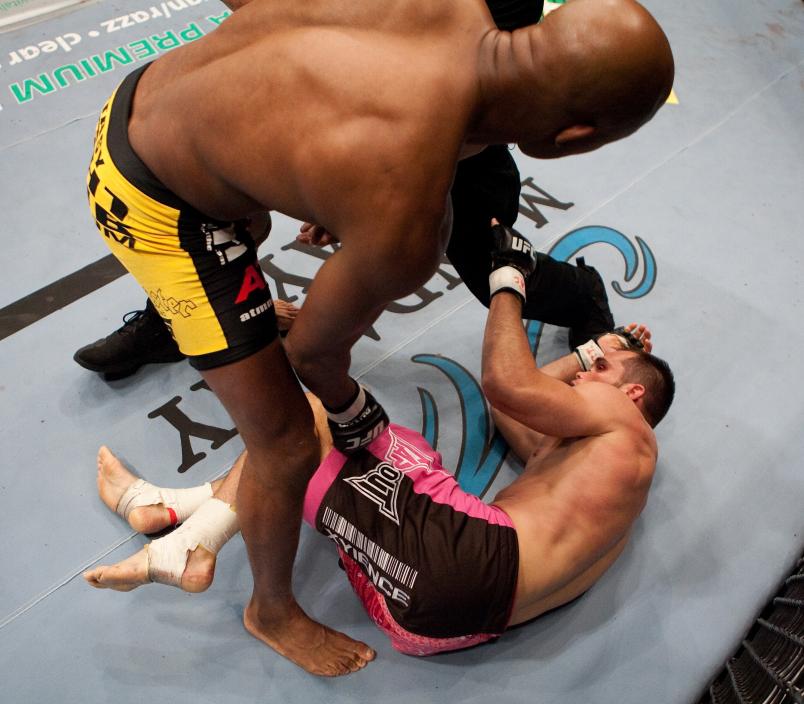 With only one UFC win under his belt, Silva was granted a shot at Franklin, who had over a year at the top and title defenses over Nate Quarry and David Loiseau under his belt. And though Silva had walked through Leben to earn his title fight, many saw the bout as a pick ‘em. Again, that was until the bell rang, and Silva caught Franklin in a plumb clinch that the champion was unable to break loose from. While in the clinch, Franklin ate knee after knee, with the telling blow shattering his nose. At 2:59 of the first round, there was a new sheriff in town, and his name was Anderson Silva.

“That fight was a huge turning point in my career,” said Silva. “It fulfilled a lifetime dream of mine and has changed my life in many ways.” 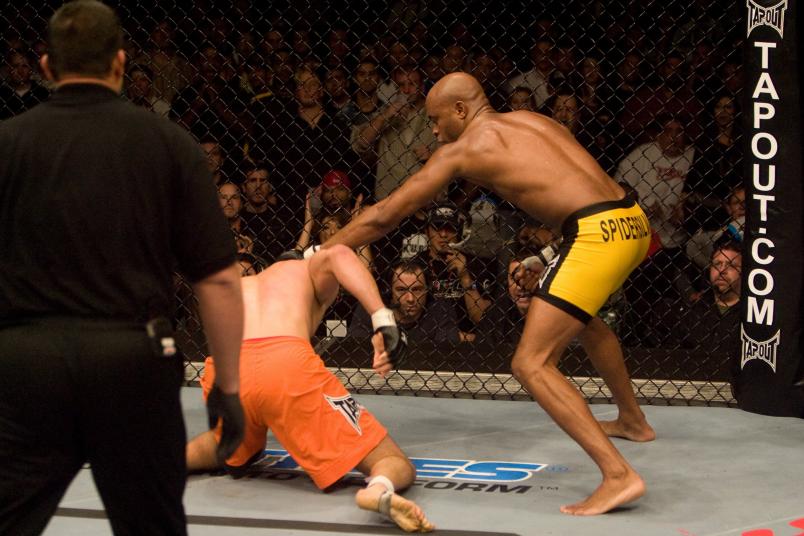 Silva didn’t sit on the title after beating Franklin, submitting Travis Lutter and stopping Nate Marquardt. But it was the rematch with the man he beat for the crown that got the fight world buzzing. To add to the intrigue, the return bout was held in Franklin’s hometown of Cincinnati, but despite the home Octagon advantage, the result was the same. Sure, Franklin made it to round two, but Silva was just ferocious, ripping off combination after combination that left “Ace” bewildered by the assault. Now mind you, Rich Franklin was one of the best middleweights of his era. To do to him what Silva did was nothing short of incredible. 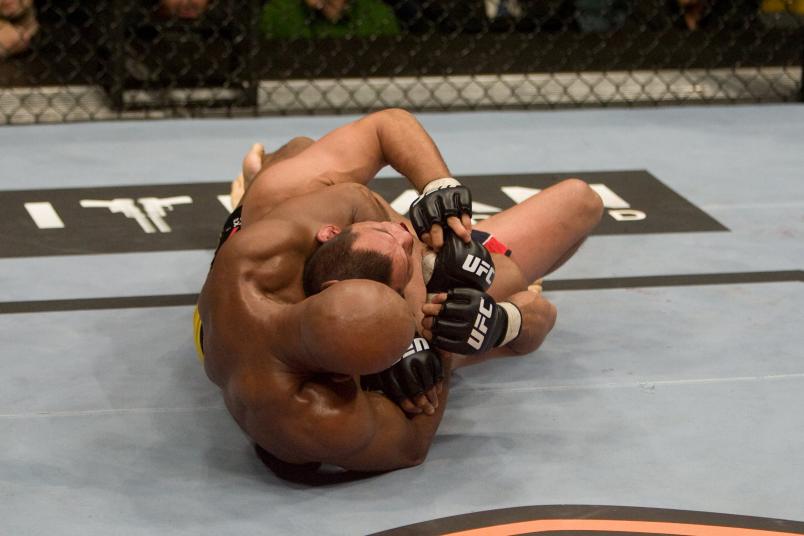 After running through all his previous UFC opponents, the whispers started – was anyone going to even challenge Anderson Silva, let alone beat him? Dan Henderson, the only man to hold PRIDE titles in two weight classes simultaneously, felt that he was the man to do it, and after the first five minutes of their UFC 82 bout, he was certainly on his way, as he tagged Silva with his right hand and kept the champion from mounting any significant offense. But Silva, a Brazilian Jiu-Jitsu black belt, kept his characteristic cool, and after jarring Henderson with strikes in the second round, the bout went to the mat and he finished “Hendo” off with a rear naked choke. Pound for pound the best in the world? Absolutely.

Following less than memorable wins over Patrick Cote and Thales Leites, fight fans were getting restless and practically demanding a return to form from Silva when he tested the 205-pound waters a second time against former light heavyweight champ Forrest Griffin. Well, whether Silva wanted to silence the critics or just deliver a defining performance for himself, the end result was a brilliant display of flashy defense and pinpoint striking accuracy as he blasted Griffin out in the first round and left a packed house at the Wachovia Center with their mouths open in awe. 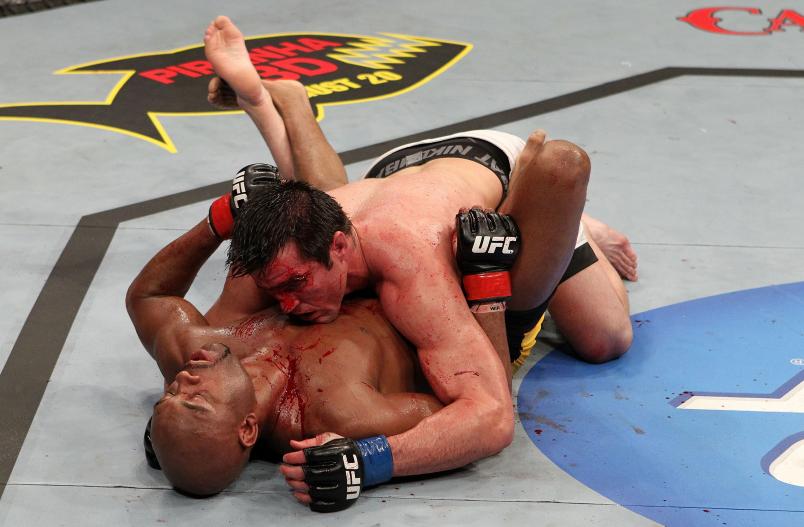 The “renewed” Silva was nowhere to be found in his dismal UFC 112 decision win over Demian Maia, but when matched with Chael Sonnen in 2010, the number one contender from Oregon made sure that there was no shortage of motivation for the champion, as he trash talked Silva at every turn in the lead-up to the bout. Surprisingly though, the deceivingly quick Sonnen was able to close the gap on Silva with ease once the bell rang, allowing him to take his foe down with relative ease. What followed was a beatdown by Sonnen for four plus rounds, with Silva only having periodic moments of daylight. But in that fifth and final round, Silva showed the heart of a champion, roaring back from a certain points defeat to catch Sonnen with a triangle choke / armbar that forced the challenger to tap out with 1:50 left in the fight. It was the defining win of his reign. 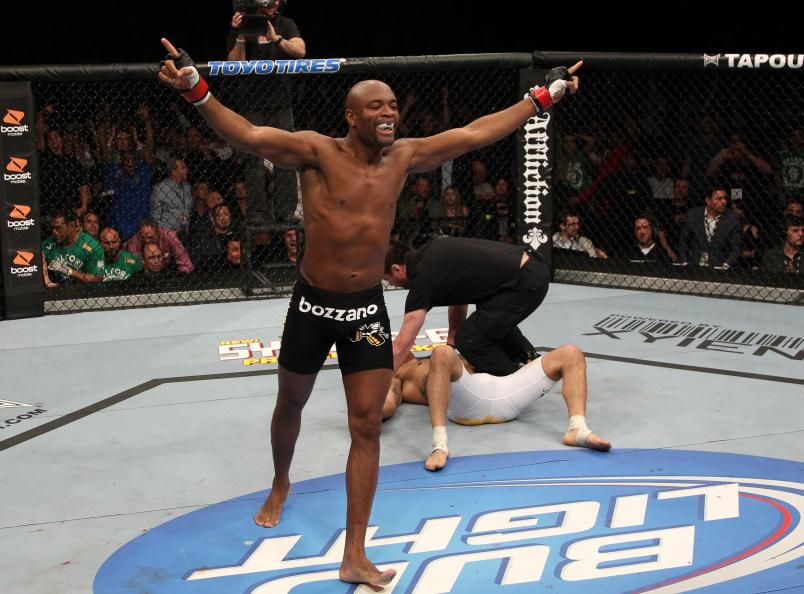 Anderson Silva celebrates his victory over Vitor Belfort at UFC 126 at the Mandalay Bay Events Center on February 5, 2011 in Las Vegas, Nevada. (Photo by Jed Jacobsohn/Zuffa LLC via Getty Images)

After more than four years at the top, the tendency is for any champion to lose motivation. The war with Sonnen would have also been a perfect reason for Silva to have a letdown in his next bout, but with countryman and former training partner Vitor Belfort standing across the Octagon from him at UFC 126, Silva was more fired up than ever before, and this was evident at the heated pre-fight weigh-in. On fight night, Silva made sure he wasn’t going to keep Belfort around for five rounds like he did other fellow Brazilians Leites and Maia, and when the opening came, he delivered a front kick to the head that dropped Belfort like he was shot. At 3:25 of the first, Silva had ended a rivalry in a split second.