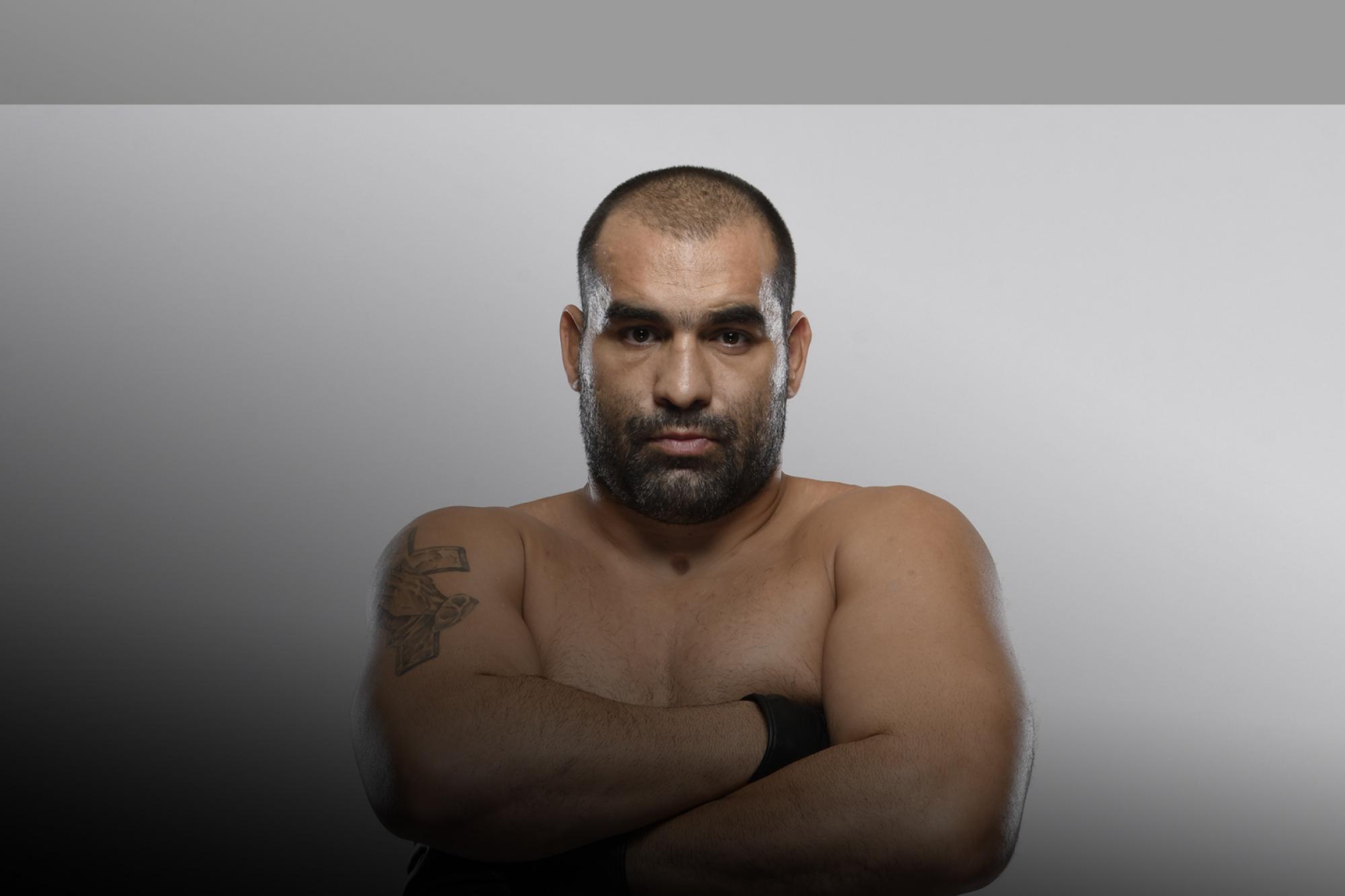 Ivanov Excited To Test Himself Against Derrick Lewis

Blagoy Ivanov has been working toward UFC glory his entire life and he believes a win over Derrick Lewis at UFC 244 is his chance to get there.
By E. Spencer Kyte, on Twitter @SpencerKyte • Nov. 1, 2019

As Blagoy Ivanov readies to face Derrick Lewis on Saturday night at Madison Square Garden, the 33-year-old heavyweight can’t help but swell with pride thinking about where he’s at and everything he’s gone through.

“Fighting at MSG and representing my country is very big for me,” said the Bulgarian heavyweight, who enters this weekend’s main card pairing on a two-fight winning streak. “I feel very proud.”

A cursory glance at his record would make it seem obvious that Ivanov would reach this point, as he sports an 18-2, 1 NC record with victories over familiar names like Ricco Rodriguez, Lavar Johnson, and Shawn Jordan before posting back-to-back wins over Ben Rothwell and Tai Tuivasa in his last two trips into the Octagon.

Combined with a breakthrough victory over Russian legend Fedor Emelianenko more than a decade ago at the World Sambo Championships, some may even feel like Ivanov’s arrival in the Top 10 has come later than expected, but those who know the path his professional fighting career has taken know that the fact that he’s even competing is a massive achievement. 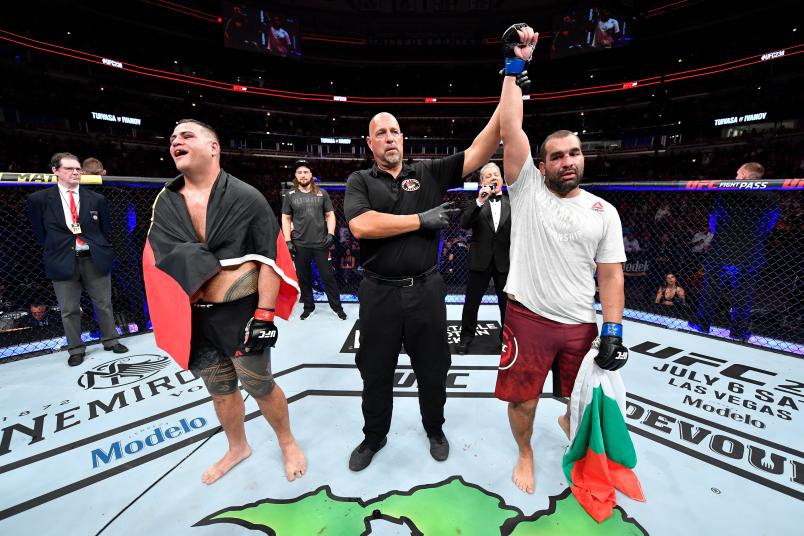 In late February 2012, with his record standing at 7-0, plus the no contest result he incurred in a bout against current UFC light heavyweight Ilir Latifi when the ring the two were fighting in broke, Ivanov was stabbed in a nightclub in his hometown of Sofia. Two weeks after the incident, his condition deteriorated, requiring a second surgical procedure and Ivanov was put into a medically-induced coma.

He spent a total of 68 days in a coma, but when he finally spoke publicly following the incident, Ivanov made it clear that he wanted to return to competition. But desire and ability are two different things, and his family, friends and the medical professionals who cared for him were most concerned about ensuring he could live a normal life, let alone compete.

Had he not made it back, Ivanov would have been one of the greatest “What If” guys in MMA history — an obvious talent in a division starving for fresh names whose brilliant future was derailed by a catastrophic event outside of the cage. It would have been understandable and unfortunate, which is why the fact that he not only returned to competition less than two years after the incident, but has since risen to the cusp of contention in the UFC is a massive achievement and a testament to the hard work and unbreakable will of the man who’ll team with Lewis in the second of Saturday’s two crucial heavyweight contests.

“This was always my goal — to fight for the title — so it means a lot because I know what I’ve done throughout my career and it has been a rollercoaster,” Ivanov said of reaching this point of his career. “It means a lot for me to be in this position and represent my country. 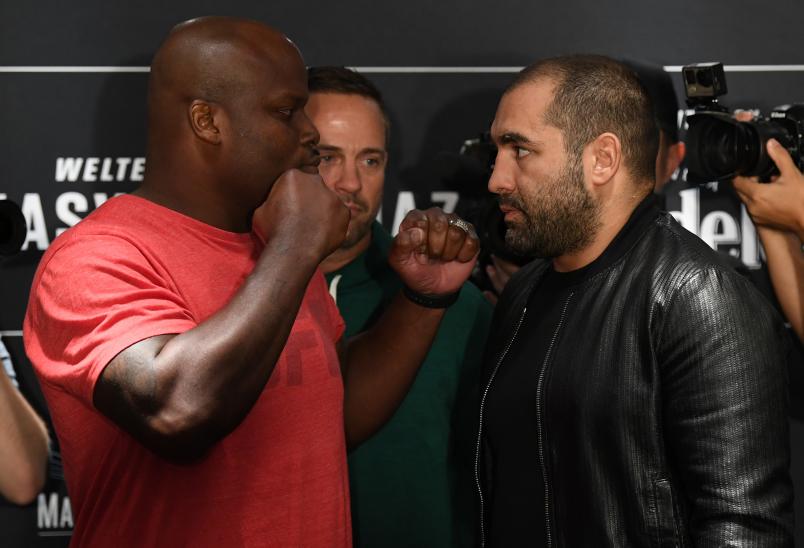 “I feel like every fight, I feel better and better,” he added. “I feel comfortable now and this is a great opportunity for me to fight with a guy ranked No. 5, so if I beat him, I’ll be in a good position for a title fight, so it’s a good opportunity.”

Signed by the UFC in April 2018, Ivanov made his Octagon debut three months later, landing on the wrong side of a unanimous decision result against former champion Junior Dos Santos in a five-round main event fight in Boise, Idaho. Although the decision went against him and “Cigano” was clearly the better man, the performance showed that Ivanov belonged fighting alongside the best heavyweights in the world.

Since then, “Baga” has responded with consecutive victories over Rothwell and Tuivasa where he’s looked more confident and comfortable each time.

“The first fight, I didn’t get in good enough shape and I had some injuries,” said Ivanov, offering insights on his debut loss to Dos Santos. “Since then, I fixed those things and every fight, I’ve been getting better. I think now I’m in great shape — better than the last two fights — so I feel ready to go.”

Although he’s spent a number of years training with the American Kickboxing Academy crew in San Jose, California, the judo black belt and International Master of Sport in Combat Sambo shifted his camp to Las Vegas this time around, setting up shop at the UFC Performance Institute. 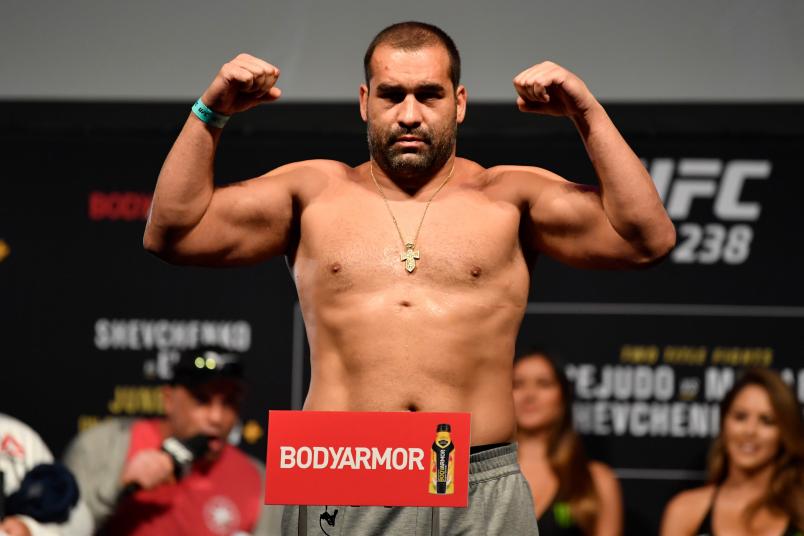 While he continued to work with AKA leader Javier Mendez, Ivanov said the decision to settle in at the PI was done out of necessity and produced the kind of results that have him excited to share the Octagon with Lewis this weekend.

“DC is not there, Cain is not there, so right now, there are not too many heavyweights, which is why we spoke with Javier and we chose to prepare over there,” Ivanov explained, referencing former UFC heavyweight champions Daniel Cormier and Cain Velasquez, two of his long-time training partners. “I think we did a great job (training at the Performance Institute) — we had the right guys, the right sparring partners, so we did everything well and I’m ready.”

After getting the better of Rothwell and Tuivasa, Saturday’s tilt with Lewis will be a true test to see if Ivanov is, in fact, ready to make a run at the heavyweight title. 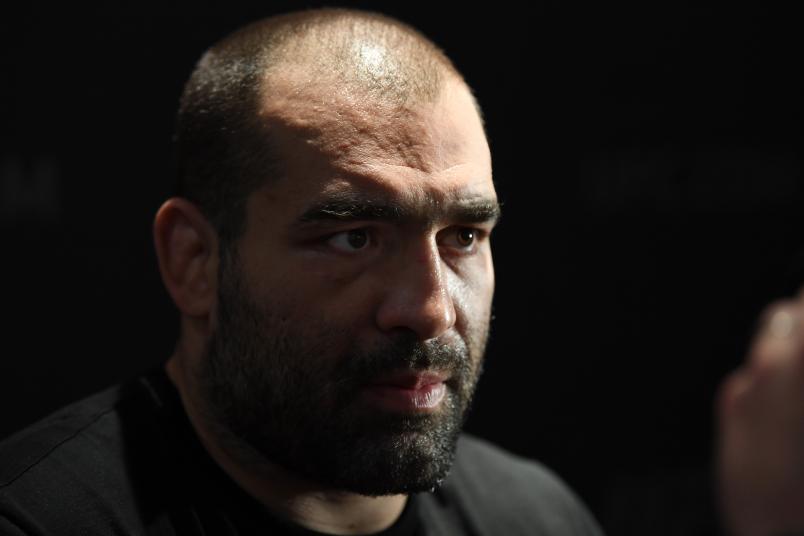 Though he’s coming in on a two-fight slide, the first of those twin setbacks came one year earlier in Madison Square Garden when Lewis challenged Cormier for the heavyweight title.  The second came in a main event showdown with Dos Santos in March, after which the popular heavyweight knockout artist revealed he’d been competing on a severely damaged knee that required surgery.

“He’s a tough guy with obvious knockout power,” Ivanov said, offering his thoughts on Lewis and how their pairing will play out. “But I think I’m a better fighter and he’ll have problems with me, so we’ll see on Saturday.