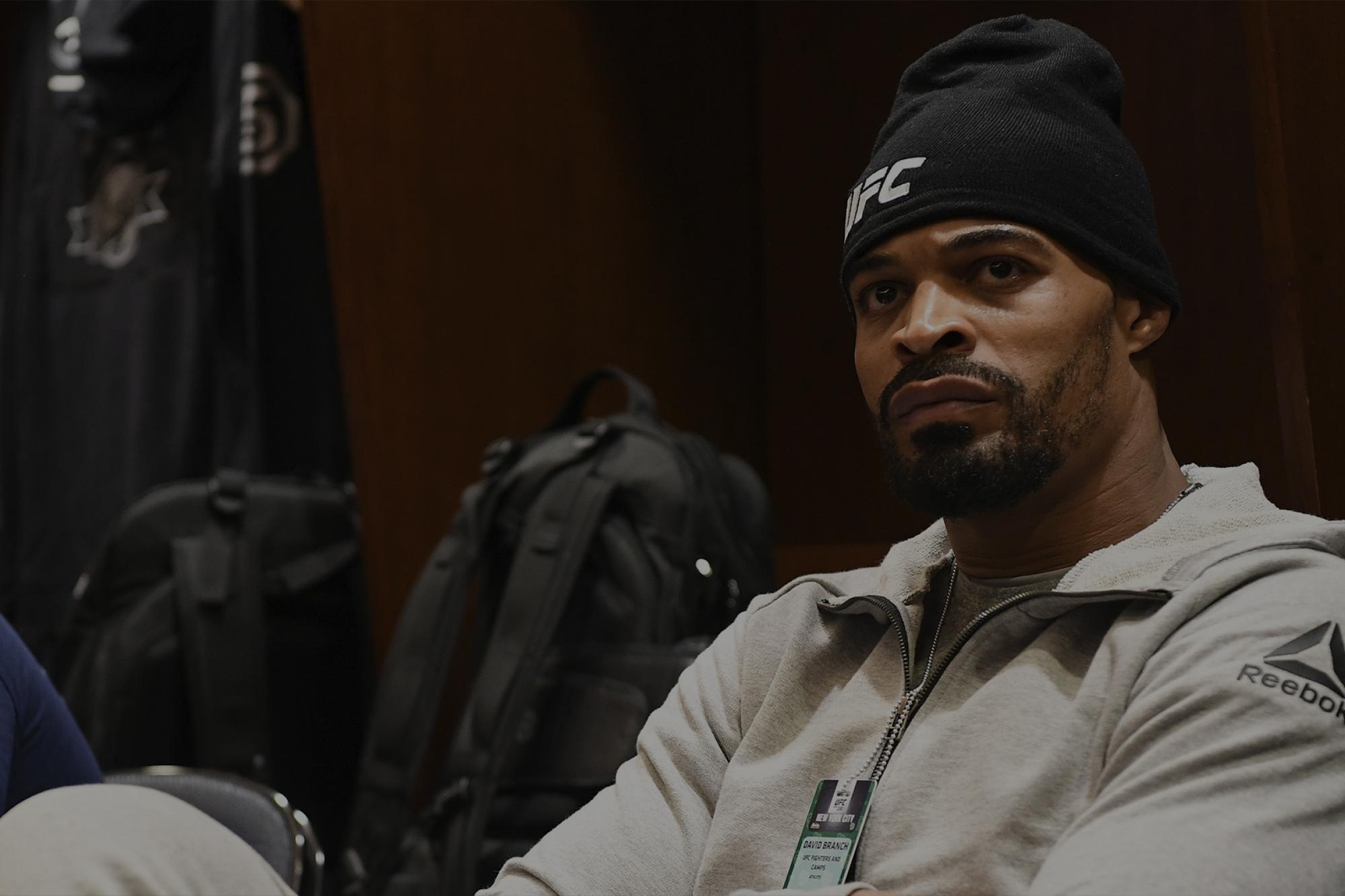 David Branch never imagined a world where Jared Cannonier would knock him out in front of more than 17,000 fans in his hometown of New York last November at UFC 230.

The fight served as an opportunity for Branch to build on a huge win over Thiago Santos, and competing in front of a home audience in the UFC was a dream come true for him.

Sadly, things went sideways on Branch just after the second round got underway. Just 39 seconds into the round, Branch was down and out while Cannonier was celebrating a statement victory over a top 10-ranked opponent in his debut at middleweight.

In the aftermath of that fight, Branch didn’t try to put the loss behind him or forget about what led to his downfall. Instead, he embraced it by taking the gloves he wore that night and keeping them with him as a constant reminder why he came up short. 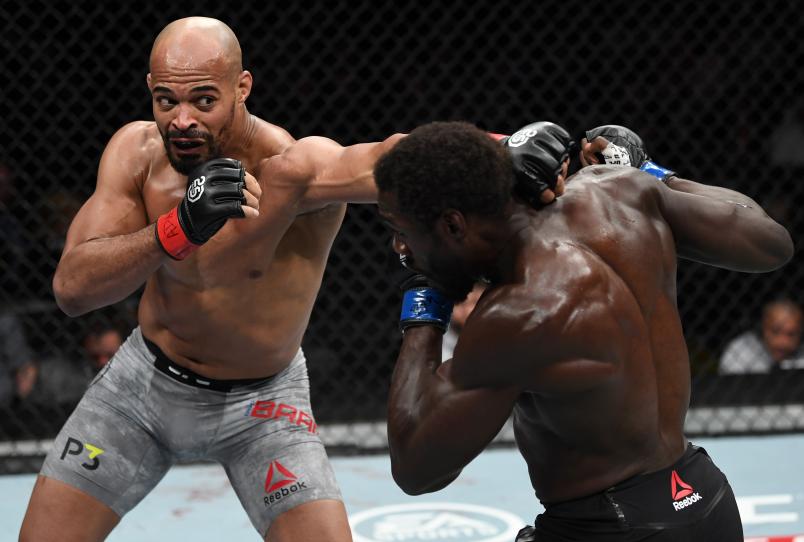 “It reminded me when I went into that fight with Jared Cannonier, I wasn’t really excited to fight that man and when I went out there I wasn’t myself,” Branch explained. “He beat me that night and I’ve got no excuses. I did what I needed to do and I picked myself up off my ass and I got back to the gym to prepare and here I am.

He may not have held a title going into that fight but in many ways Branch still felt like he was defending his position in the division rather than focusing on actually beating Cannonier.

Meanwhile, his opponent had a voracious attitude towards establishing himself at 185 pounds by defeating a top 10-ranked fighter in his debut.

Coming to that realization after the fact allowed Branch to see where he was coming up short while Cannonier was surging ahead of him.

“I’ve been in a position of defending. Defending a rank, defending all of these things that people can easily take away from you that don’t really mean anything at the end of the day,” Branch said. “It reminded me to be hungry. It reminded me to be that person that Jared Cannonier was that night and that’s the person that allowed me to accomplish those different accolades that I’ve been able to accomplish.

“Not just focus on being sore because I don’t have the opportunity to move up [the rankings]. The person that’s put in front of me, that’s who I need to be excited and aroused to fight.”

In preparation for his co-main event fight this weekend at UFC Fight Night from Philadelphia, Branch got back to his roots by turning over his training to a set of coaches who truly understand the sport and have his best interests at heart.

It was all done with the intention of forcing Branch out of his comfort zone to help remind him about the grind and hard work that it took to get to the UFC in the first place.

“Just a bunch of different people who are real tough kids to deal with and I think that’s been really good pushing me into this,” Branch said.

“This is something I’ve been avoiding in the past and just trying to do my own training and doing more boxing training. I just focused more on MMA training specifics for this fight because I am an MMA fighter, so that’s what I’ve been doing for this fight.”

According to Branch, the results have been nothing short of amazing.

Now, as he prepares to step back into the Octagon on Saturday night, he’s not thinking about where a win will put him in the division. He’s not contemplating what comes next before he even has a chance to finish what’s right in front of him.

He’s not thinking title shots or what it will take to get back into contention.

Branch is only worried about one thing, and that’s beating Jack Hermannson.

“It’s the same hunger that I used when I fought [Thiago] Santos. It’s just that mentality. It’s about wanting it and not just defending what you have and expecting people to lay down for you because you accomplished certain things in this sport,” Branch said. “That’s where I was that night. I was expecting my opponent to be intimidated of certain things and for me to be able to go in there and get it done.

Ahead of the battle this weekend, Branch has only one thing on his mind and that’s getting the job done against Hermansson. He’s not going to make any crazy predictions or try to disrespect his opponent just to get attention.

Branch just wants to perform at his absolute best and the results will speak for themselves.

And as far as those gloves that served as the ultimate reminder for what went wrong the last time?

“They are coming with me to Philadelphia,” Branch said emphatically.