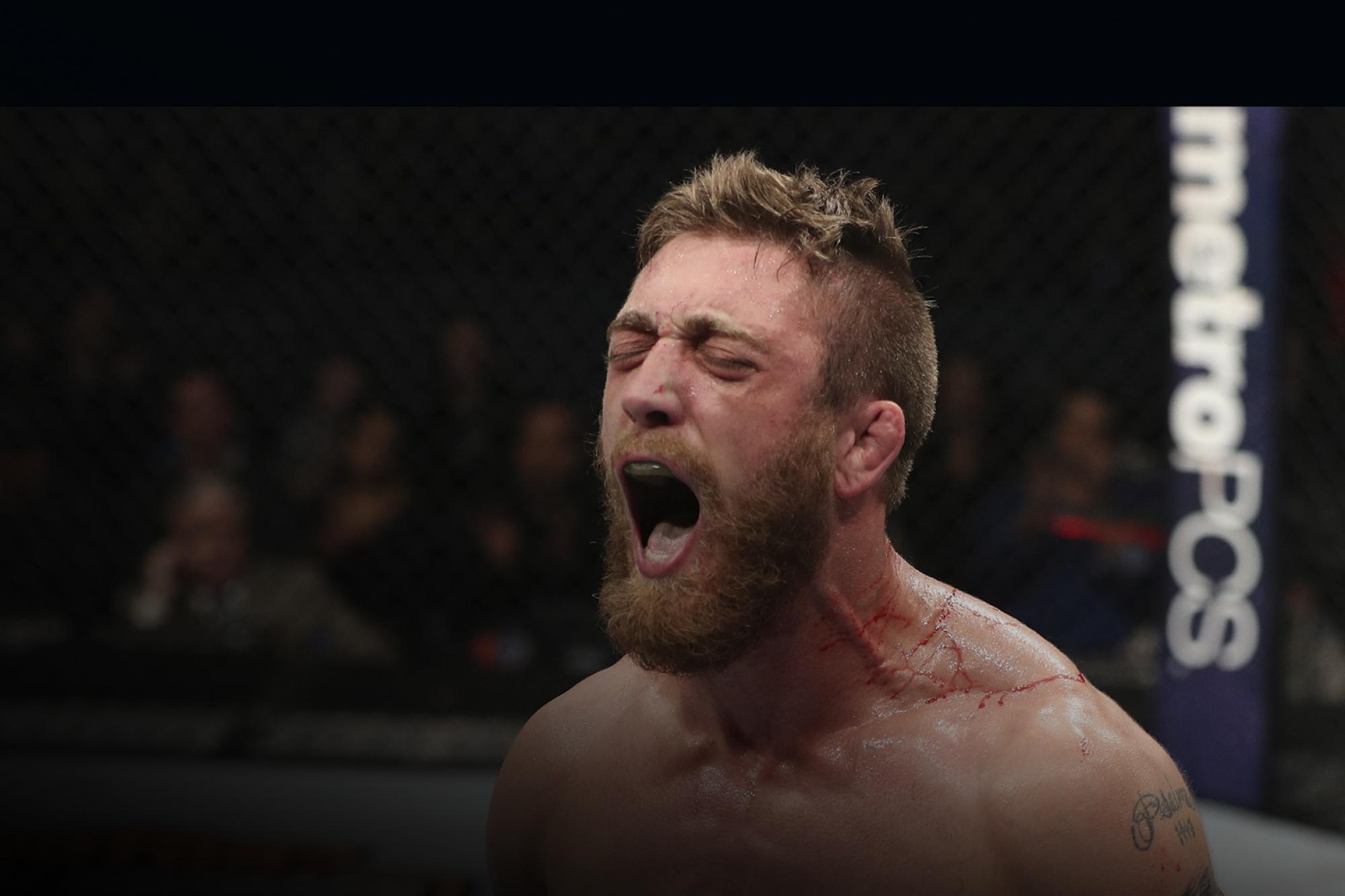 Experience An Edge For Meerschaert In Philly

“It’s gotta help,” laughs Meerschaert. “You do anything twice as long as the other guy, if nothing else, you’re gonna know a few more tricks, so I think it definitely plays to my advantage.
By Thomas Gerbasi • Mar. 28, 2019

Gerald Meerschaert has been here before. Not in Philadelphia, where he will face Kevin Holland this Saturday, but in the position of the veteran taking on the hot prospect.

He’s not uncomfortable in this role. In fact, he’s come to embrace it during his time in the UFC. So what role does experience play for a 38-fight veteran against an opponent with just 18 pro bouts?

“It’s gotta help,” laughs Meerschaert. “You do anything twice as long as the other guy, if nothing else, you’re gonna know a few more tricks, so I think it definitely plays to my advantage.

“That being said, there are guys that are natural fighters, natural performers and they just take to it a little bit easier than others, so in some instances that can somewhat negate the experience, but at this point, I’ve trained with some of the best in the world, I fought everybody I could possibly fight on my way up to the UFC, so there’s not gonna be too many things that I haven’t seen inside the Octagon,” he continues. “And when it’s all said and done, the gloves are still four ounces, it’s still a cage, and it’s still just me, him and a referee, so it’s not gonna be a big shock for me at this point.” 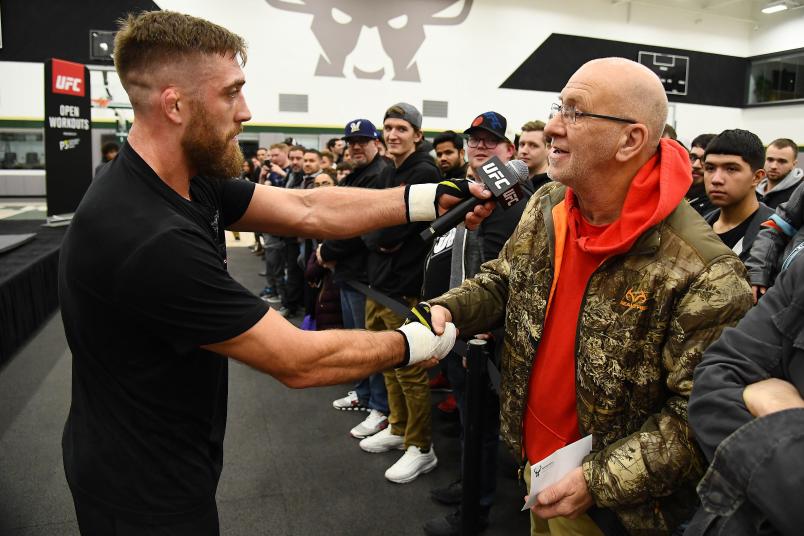 Gerald Meerschaert gives tickets to a fan during open workouts on December 12, 2018 in Milwaukee, Wisconsin. (Photo by Stacy Revere/Zuffa LLC)

What would have been shocking is if Meerschaert wasn’t here at this point in his career, but there was the danger of that reality back in late 2015, when the Wisconsin native, then 22-8, had seemingly done everything in his power to get a call to the big show, but the phone wasn’t ringing.

“I was kind of in a weird spot because I knew I had the skill set to do it, I knew I was tough enough to do it, but I tried to be very, very honest with myself and where I was at in my career,” he said. “And I do understand that there are reasons other than just your skill set that get you into the UFC. They want young up and comers and they want guys with clean-looking records, so to speak, and I get it, I understand it. I had a lot of experience, I didn’t fight as an amateur, ever, and I crushed some cans in my day, but I’ve also fought guys that were really tough and tougher than at the point that I was at in my career at certain times. So I knew it would take the right fights and it was gonna take me a little bit longer to get in.”

Meerschaert wasn’t exactly thrilled at that prospect, but he did accept it. But then the problem was that he couldn’t find opponents, as he was too much risk for too little reward.

“I had too many fights and I was too dangerous for prospects they want to build up and I just didn’t have the right exposure to get in the big show,” he said. “I didn’t have a big push behind me or a place to come with a previous skill set – I wasn’t a college football player, I wasn’t a college wrestler. I didn’t have a name behind me already. So knowing I’d have to fight a little bit harder to get in there kept me motivated.”

Knowing that he hadn’t hit his physical or technical ceiling didn’t hurt, either, and it was another reason to keep the faith. 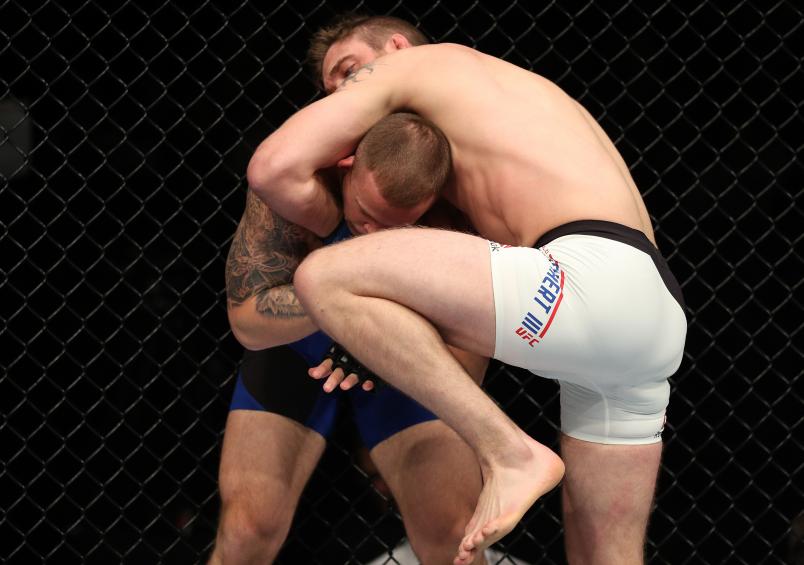 “I’d be lying if I said it wasn’t frustrating sometimes, but the thing that always kept me going was knowing I was getting better,” said Meerschaert. “If I knew my skills were improving and I was still getting better, then it was worth it, because I hadn’t had my shot.”

Yet despite a three-fight winning streak under his belt, with no phone ringing and the big 3-0 closing in, Meerschaert began thinking of Plan B.

“There was a part of me in the back of my mind that was really starting to think that if I don’t get my shot soon, I’m gonna have to start thinking about doing something else because you can only do it for so long before it’s about time to start a family and move on with life.”

Then the phone rang. It wasn’t the UFC, but after a year on the sidelines, he was ready for anything, and he took a fight with the Valor Fights promotion in August 2016. He took just 82 seconds to submit unbeaten prospect Sidney Wheeler, and two months later he made similarly short work of 9-1 Chase Waldon in the RFA, and then he waited.

“To get my shot, I figured I’d have to take a short-notice fight, which I did in Albany, and I took it full force,” said Meerschaert. “I knew this is what I had to do to get in there and show everybody I was worth it.” 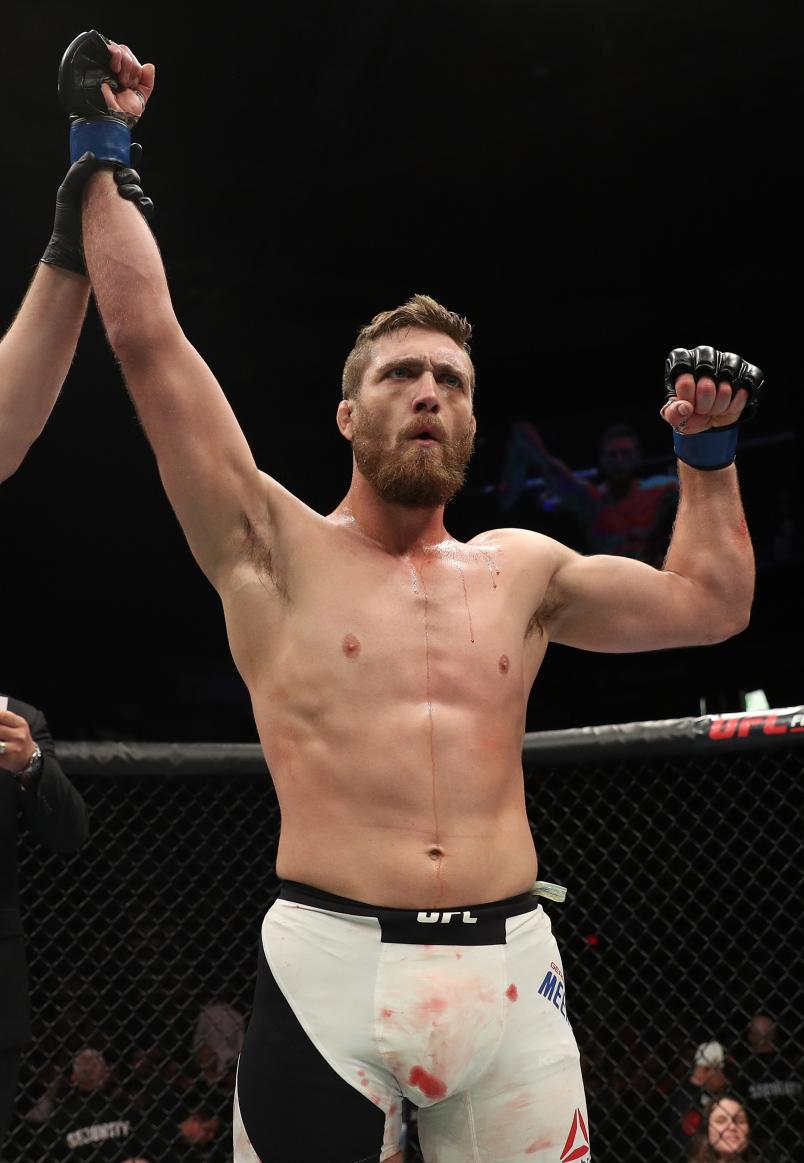 Gerald Meerschaert celebrates after his submission victory over Joe Gigliotti in their middleweight bout during the UFC Fight Night event at the Times Union Center on December 9, 2016 in Albany, New York. (Photo by Patrick Smith/Zuffa LLC)

That short-notice call in Albany in December 2016 put Meerschaert across the Octagon from 7-1 prospect (are you noticing a theme here?) Joe Gigliotti. “GM3” ended Gigliotti’s night in a little over four minutes, earning a Performance of the Night bonus in the process. Gerald Meerschaert was a UFC fighter, and he hasn’t looked back.

As he enters Saturday’s meeting with Holland, the 31-year-old Roufusport product is 4-2 in the Octagon with all four wins ending before the final horn. He’s had setbacks against Thiago Santos and Jack Hermansson, but he’s not beating himself up over those defeats. He’s bounced back before and he plans on doing it again.

“My last one (against Hermansson) is a fight that I still feel was very winnable and I feel like the blame for that, so to speak, is entirely on me,” he said. “I showed up on fight night and I didn’t have it. It was a bad day at the office. It could be a million different things, but I was flat, I didn’t have it that night and I could feel it slipping away from me. I gave what I had, but coming off a fight like that, I can’t really be calling anybody out.”

So all he did was answer the phone. March 30. Philadelphia. Kevin Holland. The plan is simple.