Glover Teixeira: For the Love of the Fight

"I love to do this, I really do, and I’m kind of sad that one day I’m gonna have to stop." - Glover Teixeira 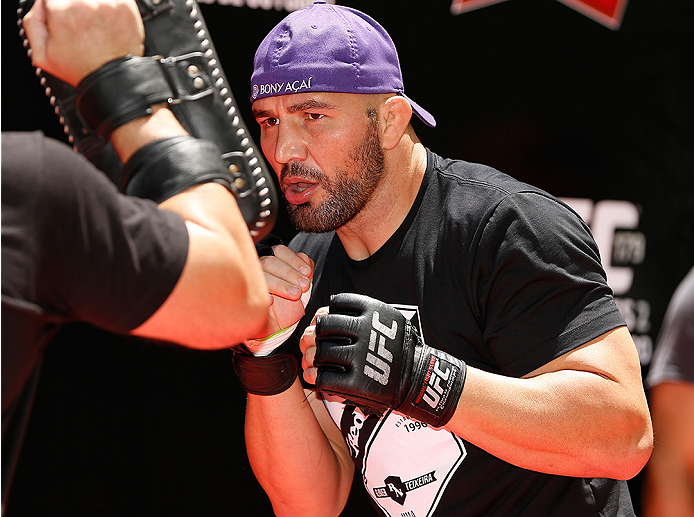 Cover this sport long enough and you will find that the rarest mix an athlete can have is to be compelling inside and outside the Octagon. Talk to UFC light heavyweight contender Glover Teixeira, and it’s clear that while he’s a must see on fight night, with the wins in 20 of his last 21 bouts to prove it, he’s just as interesting when he doesn’t have gloves on.

Strangely enough though, most of us didn’t know this until the last couple years. Before he made his long overdue UFC debut in 2012, Teixeira was that mystery man, the fighter you heard of but never saw unless you went digging through YouTube for footage. The Minas Gerais native had the seal of approval from UFC great Chuck Liddell and his coach John Hackleman, but again, without seeing him live with your own eyes, he was almost mythical.

But since that first UFC win over Kyle Kingsbury, fight fans and the media have gotten to know Teixeira, and the results have been positive – on both sides.

“I deal with the situation, I like it, and I don’t mind doing interviews,” he said. “Some of the reporters, they push you a little bit because they want you to talk s**t (Laughs), but I don’t like to talk s**t because I’m a guy who gets along with everybody. I have no beef with anyone and I’m enjoying fighting. I’m making good money, I bought my house, and I’m enjoying life. Everything that’s going on in my life is great, I thank God every day for what’s going on, and why stress? I love to do this, I really do, and I’m kind of sad that one day I’m gonna have to stop.”

You can’t get more genuine than that, and Teixeira’s approach to life could be a lesson to all of us. He loves what he’s doing, he’s making money doing it, and he wants to do it for as long as he can. So there’s no reason to mean mug the world, at least not for him. So as he gets ready for his UFC 179 co-main event with Phil Davis in Rio de Janeiro, all is well with the 34-year-old, who even got to train in his adopted home city of Danbury, Connecticut for the fight.

“I always like to train at home,” he said. “You come home and you relax more, the training’s better, the diet’s better, and this time I had some people come over here to help me, and it’s a dream coming true. I’m still part of ATT (American Top Team), so I also train at ATT Connecticut, and they sent a couple guys over here – Steve Mocco was here, Ronny Markes, Caio Magalhaes. As long as you have good training partners, 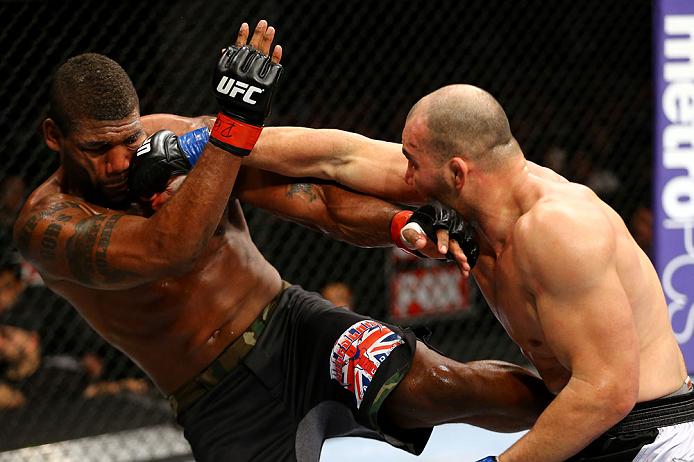 it doesn’t matter where you train, and if you can get that at your house, that’s the best.”
> Watch: Free Fight Friday - Glover Teixeira vs. Ryan Bader

In the process of opening the Glover Teixeira Training Center, where he trained at for this fight and which he hopes to have ready for the public in January, Teixeira is, for want of a better phrase, living the American dream. Of course to make that dream better, a world title belt on the shelf would be nice, but even though he lost his last fight to UFC light heavyweight champion Jon Jones in April, he didn’t come up with the collection of excuses many fighters use after a defeat. In fact, he didn’t use one.

“I don’t know, I guess I couldn’t lie,” he laughs when asked why he didn’t follow professional sports’ most common trend. “What am I gonna say? I trained, I was in very good shape for the fight, I was confident I was going to win that night, and Jones is a tough son of a gun. He kept the pressure on, he hurt my arm, and he did it, so what can I say? I just had to get back to the gym and get better and try to climb the ladder again.” 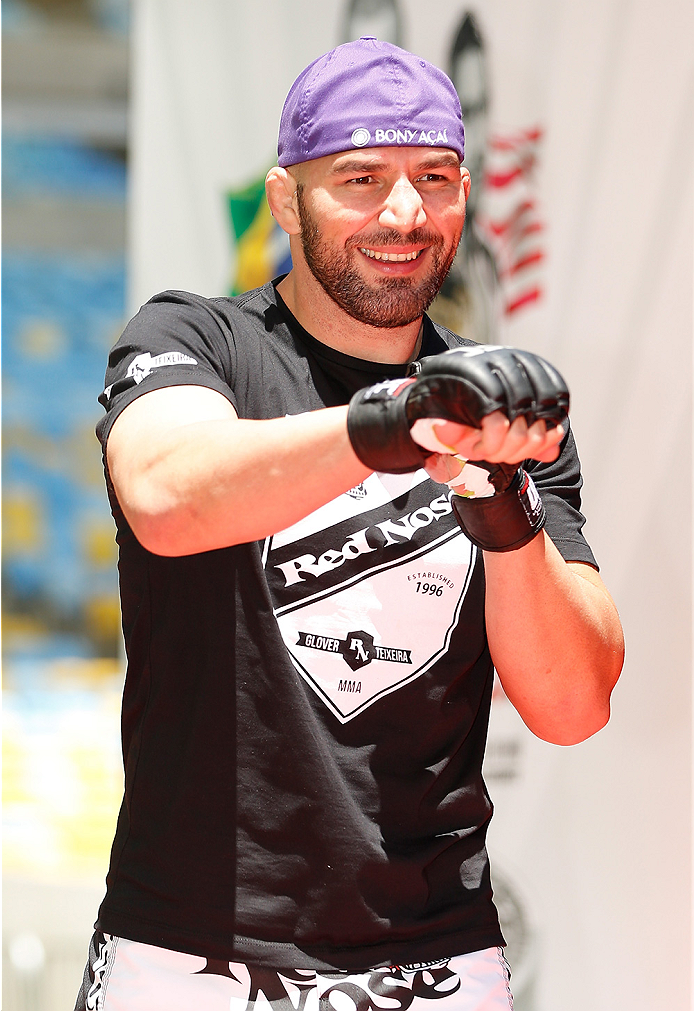 Injuring his right shoulder early in the fight, Teixeira was game throughout the five-round championship fight, but he never threatened Jones, losing a unanimous decision. Luckily, a win over Davis would be the type of victory that could put him right back into the hunt, and that’s exactly what Teixeira hopes will happen on Saturday night.
> Watch: Countdown to UFC 179 - Teixeira vs. Davis

“I have to beat this guy and put on a good fight, and not be in a boring fight,” he said. “I want to excite the fans when I’m fighting in front of my home crowd in Brazil, and I just have to put the pressure on and get back to winning. Phil Davis is a tough guy, he’s been on top for a very long time, he beat a lot of tough guys, and I just have to put my game together, put my combinations together and finish this fight before it goes to a decision.”

After that, Teixeira isn’t about to speculate. All he knows is that he’ll get another fight, he’ll train hard and fight harder, and just keep doing what he loves. And if he gets another shot at Jones one day, he’ll have the same attitude he had the first time around – that he’s going to win.

“If I fight him (Jones) again, I’m still gonna get in there with the confidence that I’m gonna hit him and knock him out, but that’s another story,” Teixeira said. “Right now I have Phil Davis, a great fighter, and I’m looking forward to knocking this guy out.”