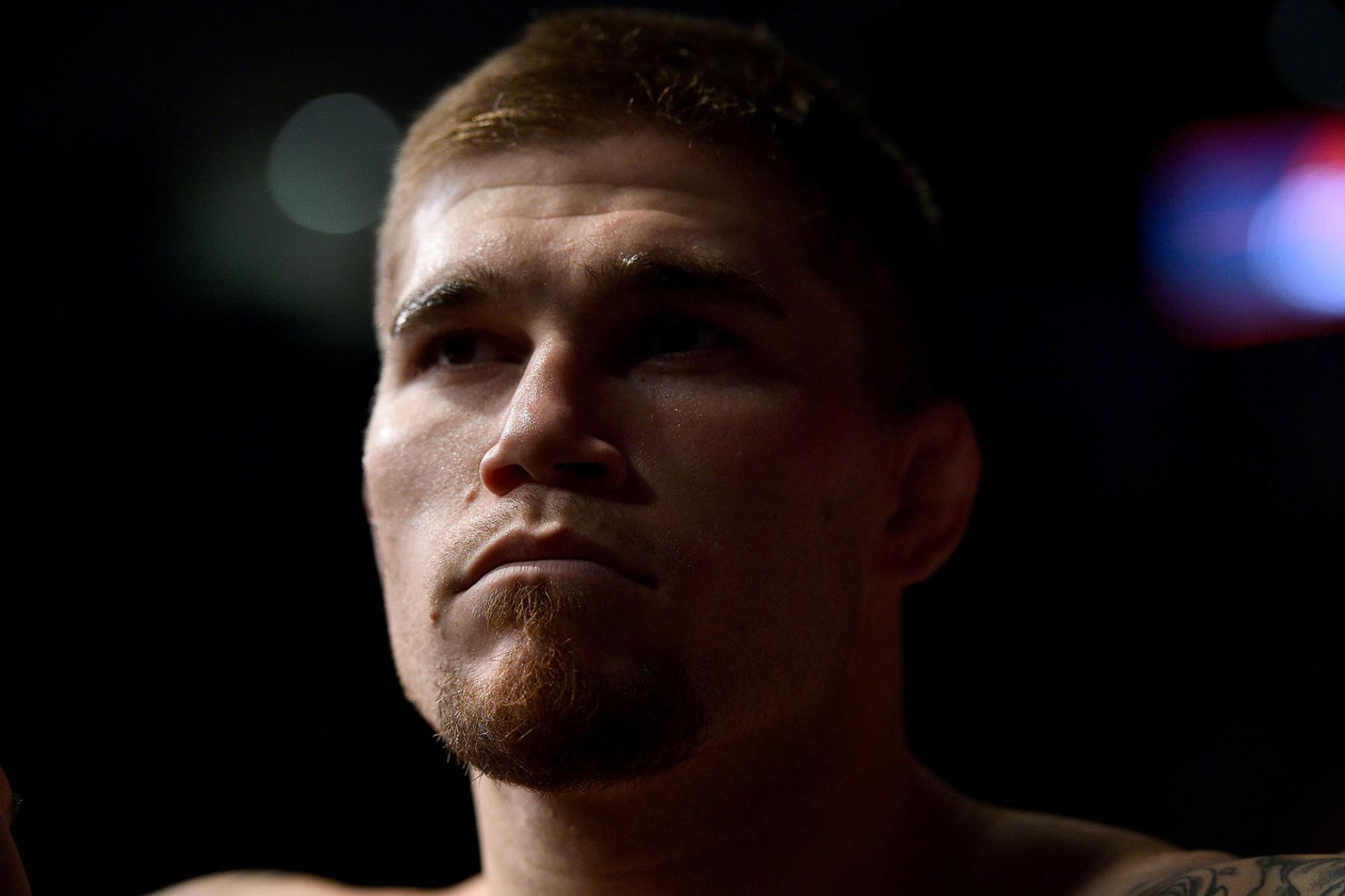 Jake Collier Returns After 987 Days Away From The Octagon

When Jake Collier earned a unanimous decision victory over Marcel Fortuna on Saturday, November 11, 2017, there is no way he could have known it would be nearly three years before he set foot inside the Octagon again.

Just a couple weeks removed from his 29th birthday, the Missouri native continued his streak of bouncing back from each setback in the UFC with a victory by outworking the Brazilian over three rounds, giving Collier his first win in the light heavyweight division, third triumph in the big leagues, and 11th victory in 15 fights.

He was booked to make a quick turnaround against promotional newcomer Marcin Prachnio just a few weeks later in Orlando, Florida, but an injury forced him out of the bout and subsequently sent him under the knife. More than a year after that booking was announced, Collier accepted a 10-month suspension after testing positive for a banned substance, putting even more distance between himself and a return to the Octagon.

Then, earlier this year, he was booked to face off with British heavyweight Tom Aspinall in London, only to have the event cancelled as the spread of COVID-19 swelled to become a global pandemic.

Saturday night, Collier will finally make the walk to the Octagon again, as he takes on Aspinall on this week’s Fight Island card. When his foot hits the canvas, it will have been 987 days since he last crossed the threshold into the UFC cage.

“I’m excited to finally fight again,” he said, his tone the mix of anticipation and weariness that only comes from going nearly three years between fights as a result of a number of factors that are completely out of your control. “I like fighting. I definitely enjoy it and I love the competition.

“I look at myself as one of the cleanest fighters there are and I failed a drug test for something that was an over-the-counter pre-workout,” continued Collier, who disclosed using a product that contained the banned substance that triggered his positive test. “It kind of sucked at first, but it’s kind of like, ‘There’s nothing you can do besides train and get better; focus on the future.’ So that’s all I’ve been doing is trying to get better, trying to evolve, and I think this time off has helped me grow as a fighter.

“Don’t get me wrong: it’s frustrating because I worked a long time to get to where I’m at and this all happened,” he added with a laugh. “I was supposed to fight in London, I was stoked, and then that got canceled, so there have been some ups and downs, but I guess if the road is nice and straight and flat, it’s going to be kind of boring.” 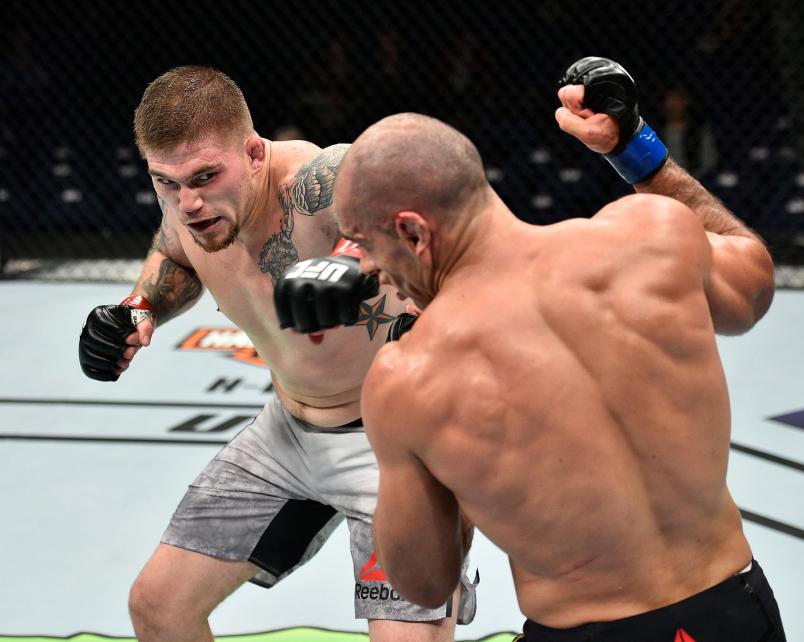 There is an accepted truth in mixed martial arts that fighters don’t really get to spend too much time working on technique and making significant changes to their skill sets or approach when they’re competing every four or five months.

Provided you come out of your fight without any significant injuries, the next week or two are usually spent relaxing, recuperating, and reconnecting with family and friends. You hit the gym every day, get some light work in, maybe help a teammate who is getting ready to compete, but it’s mostly low-key after having spent the last two or three months putting your body through the rigors of fight camp.

The next couple weeks are dedicated to getting back into the swing of things — getting reacquainted with training a couple times a day and shaking off the thin layer of rust that has developed over a few weeks of taking it relatively easy.

As soon as you’re starting to get back into the flow of things, the phone rings with another fight offer and it’s once again time to dive into camp, where the focus is usually on conditioning, keeping an eye on your weight, and working on situation-specific skills that you could need the next time you step into the cage.

“When you’re training, training, training, fighting, fighting, fighting — train and fight, train and fight — you focus a lot on the guy you’re fighting and not on areas where you can make yourself better,” offered Collier, who will be making his first appearance in the heavyweight division on Saturday, but expects to return to the 205-pound weight class in the future. “We focused a lot on head movement, footwork, and movement because especially at heavyweight, you don’t want to just stand in front of a guy and exchange with him; it’s not really the best for you.

“I think overall, I’ve evolved my striking the most — working on movement and not trying to brawl as much as I normally do, focusing on little things,” he added. “I started doing strength and conditioning, too — I had never really done it before because I never really had time for it — and I think in the heavyweight division, I’m going to be quicker.” 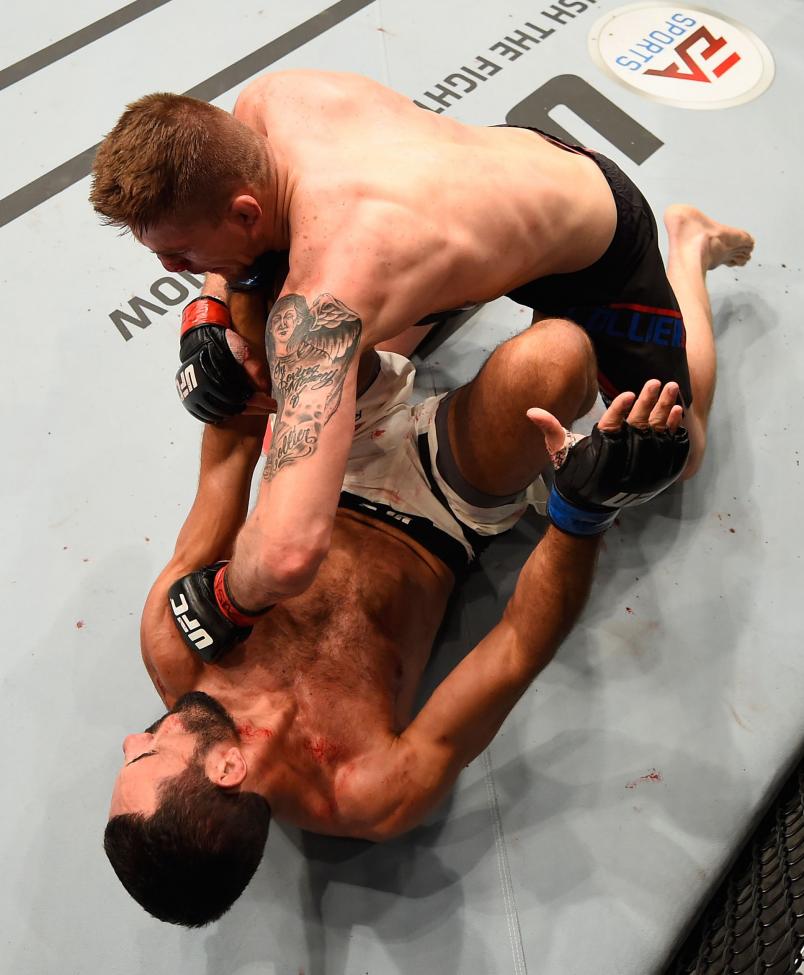 Part of the reason for moving up a division was simply that after spending so much time on the sidelines, Collier was chomping at the bit to get a fight — any fight — and a heavyweight matchup showed up.

But it also helped that it was Aspinall’s name on the contract as well.

“They offered me him and I think it’s a good matchup, stylistically,” Collier said of the Liverpool native he’ll share the cage with this weekend in Abu Dhabi. “Size-wise, he’s not like a Brock Lesnar, so that’s a positive.

While Collier admits that he’s not a big fan of traveling long distances, there was nothing that was going to keep him from accepting this fight and finally getting to end his lengthy, frustrating stay on the sidelines this weekend — not even a 20-plus hour flight — because Saturday night, for the first time in 987 days, Jake Collier will get to punch another man in the face, live on television, and he’s really looking forward to it.

“I just want it to be here because of all the work I’ve put in, busting my *** every day trying to evolve and get better,” he said of his fight with Aspinall. “All the hard work and all the time that my training partners, everyone that’s behind me have put in — no one is on TV, no one is fighting, and we’ve all be working our a**** off.

“It’s going to be very emotional.”