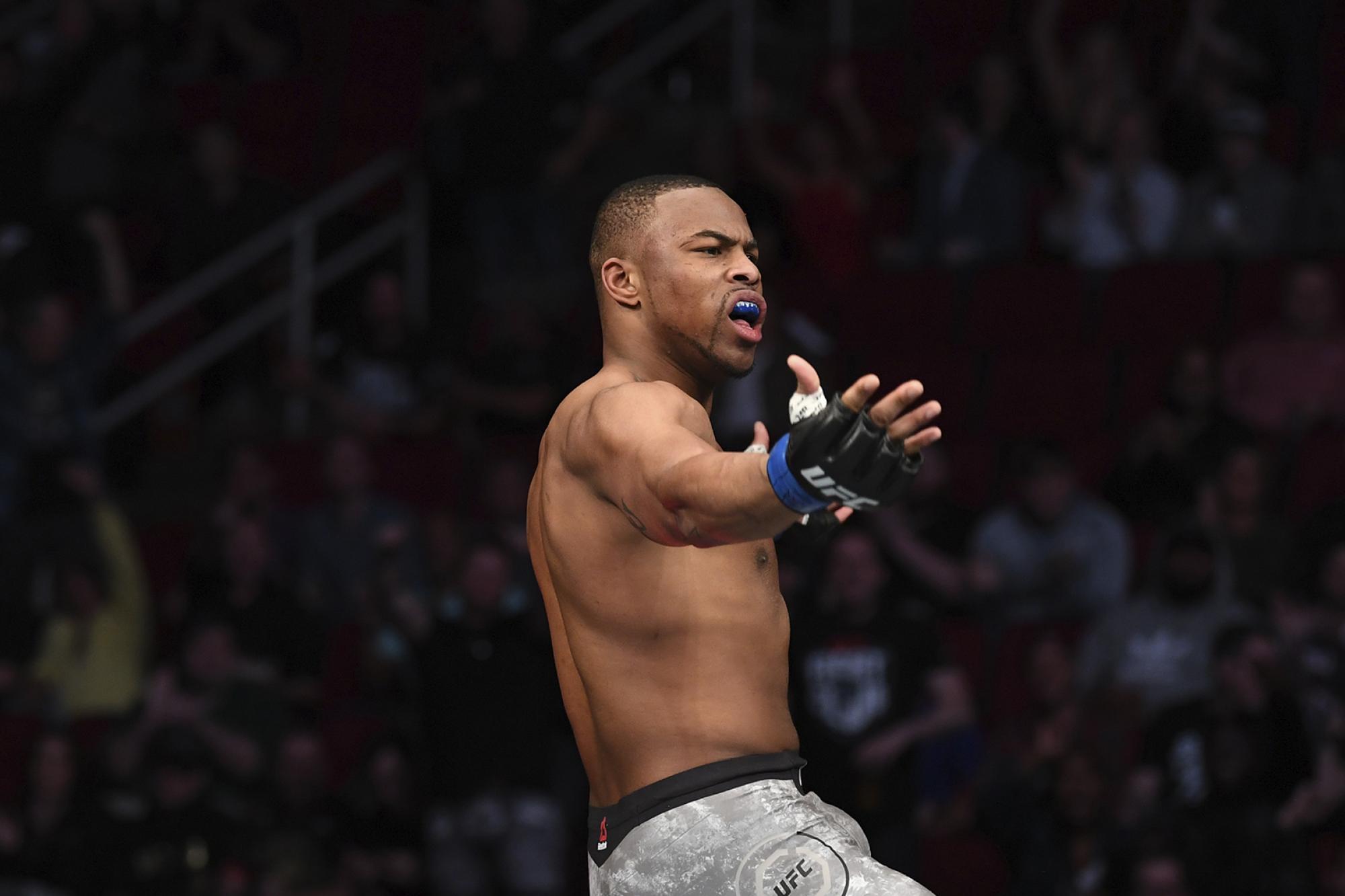 Khaos Williams Is A Fighter At Heart

“I've been hungry since February, when I made my debut,” said the Detroit welterweight, who had one of the most spectacular UFC debuts in recent history when he halted Alex Morono in 27 seconds on February 8.

Since then, well, the world turned upside down.

“I signed a contract to fight the next month in March and the pandemic shut it down two weeks before the fight; so it wasn't me,” he said of his nine-month absence from the Octagon. “I was ready to fight. I'm a fighter at heart.”

On Saturday, he gets fed when he meets Abdul Razak Alhassan, in the UFC Fight Night co-main event, no less. It’s the perfect spot for a fight that, on paper, should be explosive for however long it lasts.

“The matchup is good,” said Williams in the understatement of the year. “I've never been outstruck. And I say that with confidence. I'm not sleeping on him, not looking past him, because I know what he can do and I know what I'm up against. But I don't know if he knows what he's up against. I know what I can do. He knocked a lot of people out and he's beat a lot of people, but he never beat me and he never fought nobody like me.”

That is confidence, but not cockiness. And there’s a difference. It’s why the 26-year-old was ready for a short notice call against Morono and then delivered. It’s why Williams then took a bout a month later against Laureano Staropoli, only to see the COVID-19 pandemic scrap that one. And why, ultimately, he decided that he wouldn’t return until he was able to give himself the best chance at victory possible, and that meant a full training camp, something that wasn’t happening as the pandemic hit its height in Michigan.

“My gym was closed, the YMCA was closed,” he said. “I was out here just running miles, doing push-ups and stuff like that. But I really didn't have anybody to get me all the way ready like I wanted to be.”

His team told him to stay ready, and he did, but as he admits, “It got a little mentally draining at first.”

When the nation started reopening, Williams kicked things into gear, even traveling to Albuquerque to get some work in with the Jackson-Wink MMA squad before his own gym in Detroit reopened.

“I knocked the rust off, got some more knowledge and continued to get better while stuff was still kind of shut down here,” he said. “It (the wait to return) was a little frustrating, but it's God's timing. I look at it like, at the end of the day, I've got a God-given talent, I put the work in, and it just gave me more time to be even sharper, learn more and just come in and show the world what I already know.” 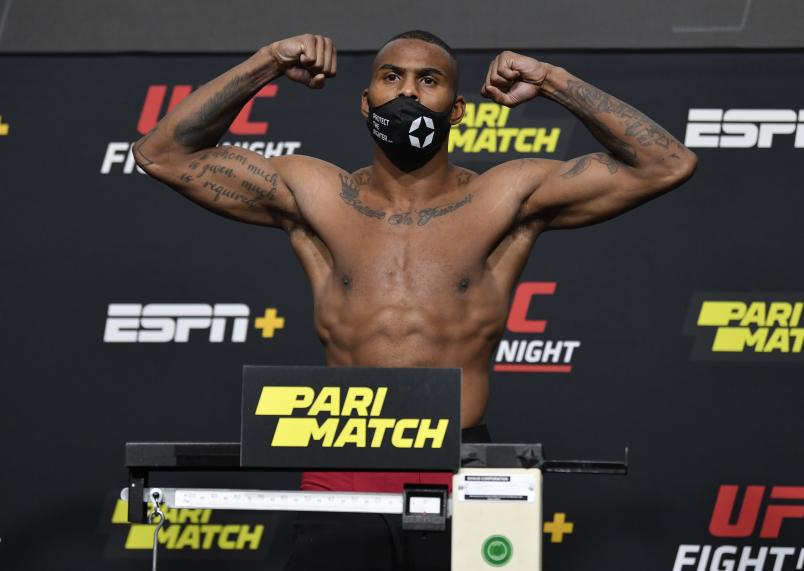 Khaos Williams poses on the scale during the UFC weigh-in at UFC APEX on November 13, 2020 in Las Vegas, Nevada. (Photo by Jeff Bottari/Zuffa LLC via Getty Images)

That’s precisely what he did in February, when he came out of nowhere to take out a respected veteran in less than 30 seconds. That doesn’t happen by accident. But sometimes a fighter needs the biggest of stages to let everyone else in on what he already knew.

“It's the UFC now,” Williams said. “I went in there and I had a great debut and I think people are really starting to see something special. I've been saying this for years now and I always say it - I believe in myself and I put the work in. It's hard work and dedication. I'm a humble person, but when it's time to talk, I talk. And when it's time to fight, I'm gonna let my hands speak.”

Again, there’s that confidence, but there’s plenty of gratitude to go along with it for a young man who got through some rough patches to become a professional athlete who now controls his own destiny.

“I'm just grateful,” he said. “I'm grateful for the opportunity and that God put me in the position to show the people what I already know. That's why I put the work in, that's why I get up early in the morning, that's why I stay up late and get in that dark place and be in an uncomfortable state. It's because I got people believing in me. They've been with me forever and believed in me and knew I was gonna get here before I even knew I was gonna get here. Now I just gotta keep my foot on the gas and keep being extraordinary and keep being special.”

He's even got his blue checkmark on Instagram, even though he’s waiting on that validation from the Twitter folks. Maybe another 27 second knockout will do the trick. Williams isn’t ruling that out.

“I got the footwork, I got the IQ, I got the hand speed, I got the strength, I'm a complete fighter,” he said. “He (Alhassan) is a human being just like I am, and we're gonna test that chin out.”