"Rampage" Jackson - There’s No Place Like His Second Home

"I think I was so popular in Japan because of my fight style. I was young and I didn't care. I just wanted to put on fights for the
crowd and they love that type of stuff." - Quinton Jackson 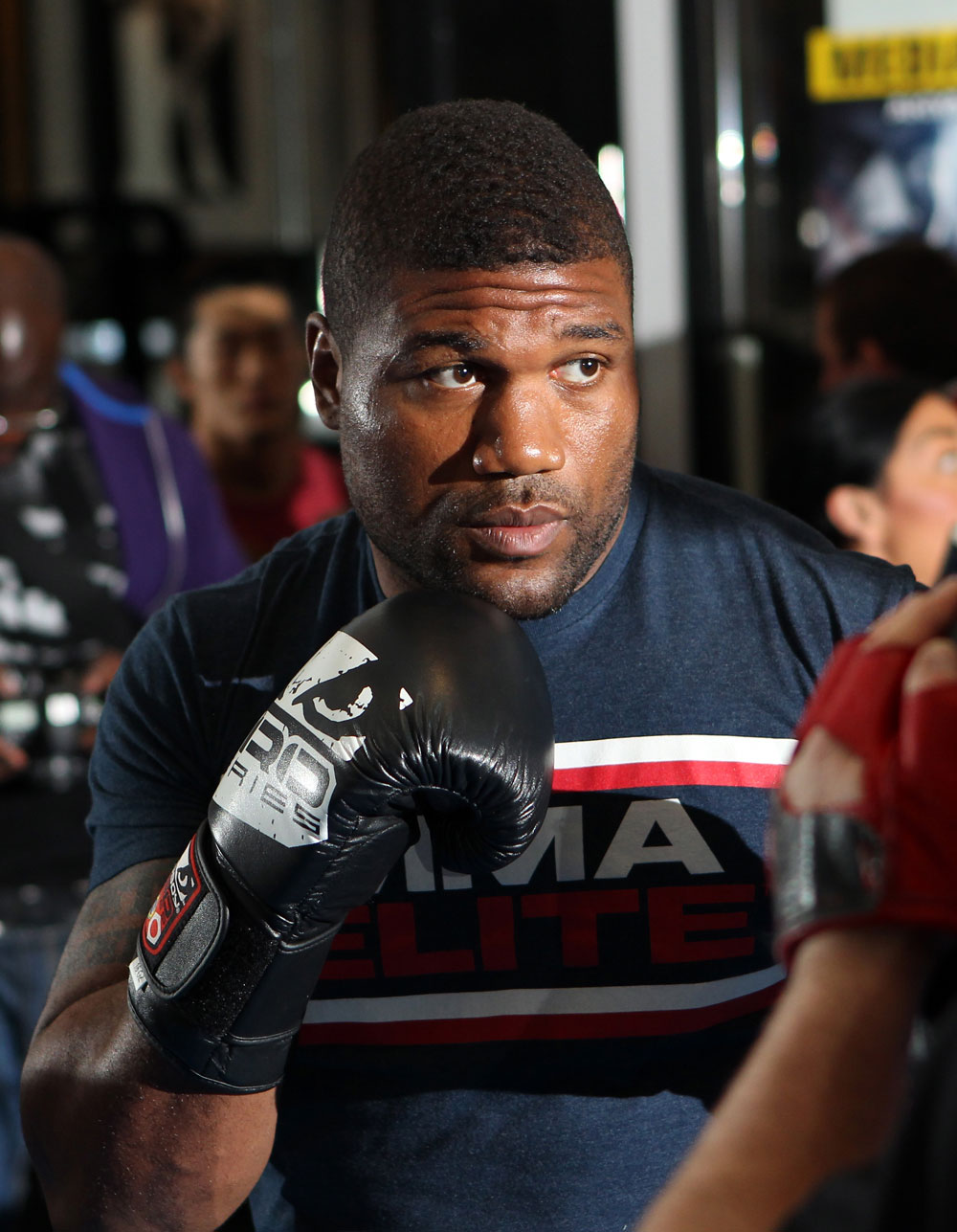 For the non-Japanese fighters competing on Saturday’s UFC 144 event in Saitama, having the opportunity to compete in a land with so much history and tradition when it comes to MMA (and martial arts in general) makes it more than just another fight. It’s a chance to soak in the culture, embrace the past, and then tuck the memories of the week in their own personal time capsule.

That’s today. Back in 2001, when a 23-year old young man named Quinton Jackson was offered a fight in Japan’s PRIDE organization against superstar Kazushi Sakuraba, there were no thoughts of tradition, history, or the fighting culture in the Land of the Rising Sun. This was just another fight for the 10-1 Jackson.

“When I was going into the Sakuraba fight, I was broke as hell,” laughed Jackson on a recent media teleconference. “I was just winging it. I didn't know anything about anything - I just wanted to make some money.”

Bizarrely marketed as a homeless man living in a bus while talking to birds, Jackson nonetheless shed that erroneous image with a gutsy effort in defeat against Sakuraba, and Japanese fans soon embraced him for his fighting style and sense of humor. Jackson returned that affection, and over the next four and a half years, he became synonymous with the PRIDE organization, going 12-5 with wins over the likes of Igor Vovchanchyn, Murilo Bustamante, Chuck Liddell, Ricardo Arona, Murilo “Ninja” Rua, as well as memorable battles with Wanderlei Silva (twice) and Mauricio “Shogun” Rua.

So when it was announced that Jackson’s subsequent professional organization, the UFC, was going back to Japan for this Saturday’s event (ironically in the same Saitama Super Arena where he debuted against Sakuraba), it was a card he needed to be on, and when he wasn’t initially, he made enough noise that the organization placed him in the co-main event slot against Ryan Bader.

“It's very important to be personally,” said Jackson. “My kids are from Japan, my kids’ grandparents are from there. They've never really watched me fight back in the day, and I've got a lot of experience in Japan. I really miss the fans; I'm not going to lie. I really miss fighting there, so it was something personal for me, so my two younger kids can come watch me fight and the in-laws can be in the crowd and watch me fight. I never had that before, so it is something that I want to do.”

With Jackson coming off a championship bout defeat against Jon Jones last September, this is the perfect return bout for the former 205-pound titleholder, considering that he can avoid a post-loss letdown by getting ultra-motivated for his first bout in Japan since decision win over Yoon Dong-Sik at PRIDE 31 in 2006. He’s also hinted at a return to the all-out aggression that earned him the nickname “Rampage” all those years ago, even if just to please his longtime fans.

“I think I was so popular in Japan because of my fight style,” he said. “I was young and I didn't care. I just wanted to put on fights for the crowd and they love that type of stuff. In America, everybody is always worried about who's going to win and who's winning. It isn't all about that (in Japan) – it’s entertainment at the end of the day. The fans want to see an entertaining fight and the fans got that. In America, I don't think we have that yet.”

This is nothing new coming from the 33-year old Memphis native, who has always spoken in reverential tones about his time in Japan and about the people there. He’s traveled back to the country since his days fighting there, but as far as being mobbed by fans like he is in the States, that’s not the case.

“Honestly, it's kind of weird to say this, but it's true,” he said. “When I'm over in Japan, they don't even recognize me. If I don't have my chain on or no camouflage, I could be anybody.”

And frankly, that’s the way he likes it. While appreciative of the attention he gets, Jackson has also been overwhelmed at times since becoming a big star in his native land, and it’s even prompted him to move his training camp at times to the Wolfslair homebase in England. But for this camp, Jackson stayed close to home in his new gym, the Rampage Fitness Academy in Mission Viejo, California.

“Honestly, I never thought that I would own a gym, because it's no secret that I never liked training, but I noticed that in between fights I always get out of shape,” he said. “I was going to my friend's gym in Huntington Beach. But you know, I live in Mission Viejo, and right down the street was my business partner Dave Roberts, who's the guy who started me in fighting and stuff. And he was at the gym, and we got a lot of students. It's kind of like a family place, and that's the type of atmosphere I like.”

“It's good to have your own home-based gym,” Jackson continues. “Now I can go in there in my own gym and train like I want to and do whatever I want to without having to walk on eggshells at my friends’ gyms and stuff like that because everybody knows how rowdy I get sometimes. So when it's your own gym, you don't have to say sorry to anybody, so I kind of like it.”

All that’s left is to beat Bader, a former Ultimate Fighter winner and college wrestling standout who rebounded from 2011 losses to Jones and Tito Ortiz with a 77 second knockout of Jason Brilz last November. And unlike Jackson’s bouts with Jones and Rashad Evans, there’s no bad blood here.

“Honestly, I got nothing against Ryan Bader,” he said. “He's a cool guy. He never talked trash against me. When I fight guys like this, it's never nothing personal. Most times anyway. But I'm just going out there like a guy putting on a great show for the fans. I've got nothing against Ryan Bader at all. I'm still going to try to knock his head off. But there ain't going to be no hard feelings about it.”

Ten years after he first set foot in Japan, “Rampage” Jackson returns. It still may not be about tradition and history for him, but there is certainly a sentimental feel to this bout, and for all that the experience in the country has given him, now he has the chance to give something back.

“I remember back in the day, it (PRIDE) was the biggest show, but UFC surpassed them,” said Jackson. “I think if anybody has a chance (to revive the Japan MMA scene), it's the UFC. And if I have anything to do with it, I'm going to go there and fight my heart out and put on a big show. I'll try to put on the most exciting fights that the fans have ever seen so maybe they'll want to have the UFC come back.”