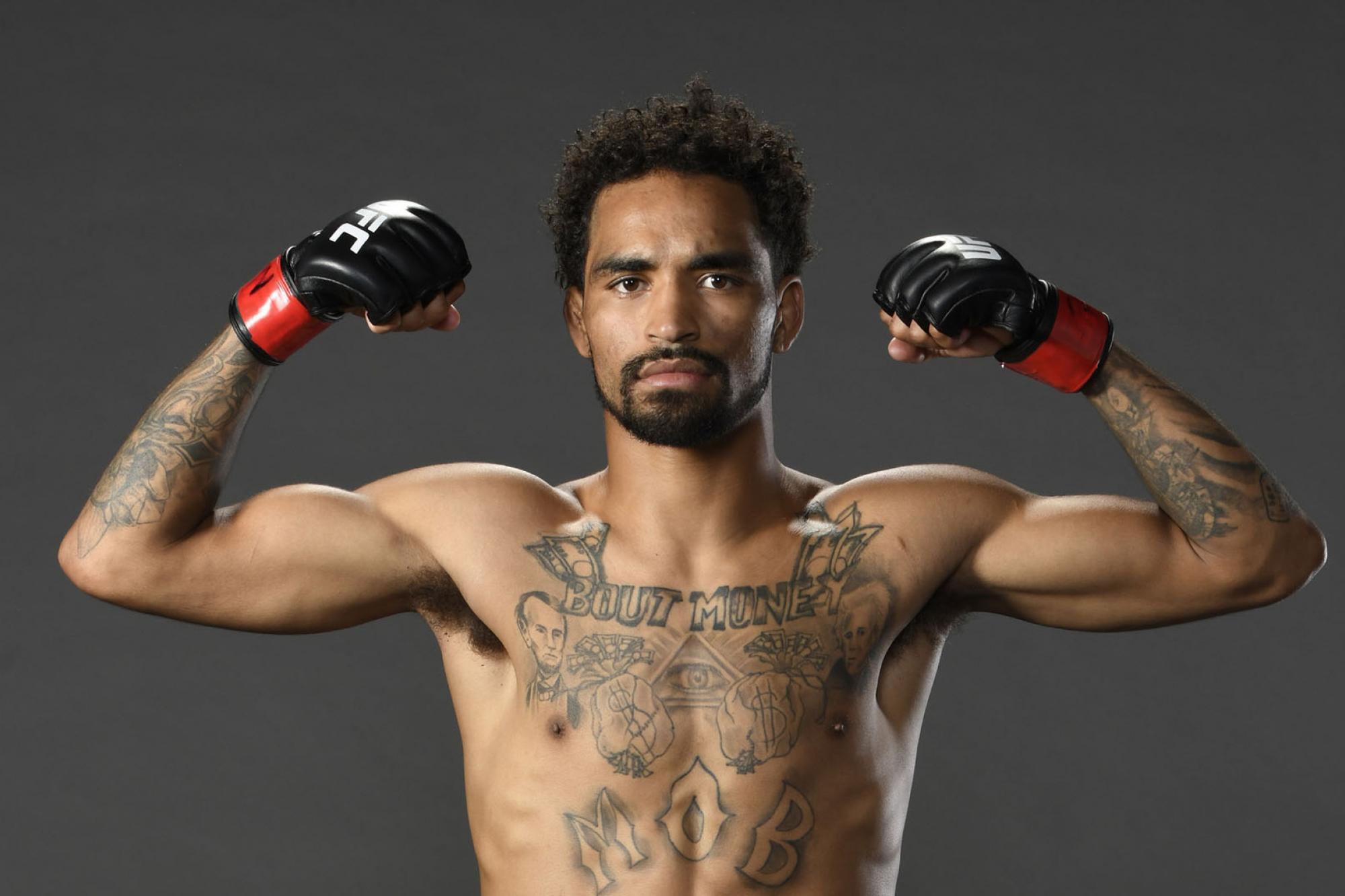 DWCS Alum Eyes Getting Back Into The Win Column Saturday Vs Newcomer Croom
By Thomas Gerbasi, on Twitter: @TGerbasi • Sep. 11, 2020

It’s been a little over two years since Roosevelt Roberts earned a UFC contract with a second-round submission win over Garrett Gross on season two of Dana White’s Contender Series.

That’s long enough for “The Predator” to log six UFC fights, with another one against Kevin Croom on the way Saturday night in Las Vegas. But whenever he looks at the Tuesday night series, all the emotions he felt that night come rushing back.

“It feels like it was just yesterday sometimes when I think about that,” he said. “And definitely when I watch the Contender Series, it seems like time has been going by so fast since I got the contract. You see all these up and comers getting their contracts, and it's exciting to see the new group of people coming in.”

You could say at 26, Roberts is one of the OGs of the series, but back then, he was just five fights into his pro career, talented but raw, and looking for something bigger than just a win against Gross.

“I was looking at it like this is my ticket to changing my life and changing my kids' lives,” he said. “It confirmed that all the work I was putting in was worth it. I went in there fully ready to change my life and that's what happened.”

In just seven minutes and 13 seconds, Roberts did what so many can’t: he stepped up with the best performance of his life when the pressure was at its highest. Yet in the Contender Series, winning doesn’t guarantee a ticket to the UFC. So unlike the NFL or NBA Draft, where the players brought on site pretty much know they’re getting chosen to compete at the highest level of their sport, fighters like Roberts have what has to feel like an endless wait to find out if they’re being signed. And he’s never forgotten what those moments felt like.

“I remember that feeling,” Roberts laughs. “I was sitting back there waiting for (UFC President) Dana White to call my name or if he was even gonna call my name. I know exactly what those guys (on the series now) are feeling because I was in their same shoes. I know that emotion, that self-doubt, asking my coaches if I did enough or if I looked good enough to even be able to get a contract. So yeah, I know exactly how they feel.”

Roberts made it to the other side, getting his contract and then going on to win four bouts in the big show thus far. He’s one of the top prospects at 155 pounds, and it wouldn’t shock anyone if he makes his way into the lightweight top 15 by the middle of next year. In short, whatever he wanted to change in his life has changed, and he couldn’t be happier. But getting to this point took changes that happened even before he strapped on the four-ounce gloves, and he readily admits that if not for the birth of his two children, now five and six, he may not have even been alive, let alone in the UFC.

“I can one hundred percent guarantee that if I did not have my kids, I would be back in Florida in the street right now, doing some crazy s**t,” said Roberts. “If my daughter was not born when she was born, I would still be in Miami, Florida, living this crazy life, the fast life, probably be dead or in jail right now. The only reason I changed my life, the only reason I work as hard as I do is because of what was given to me, and that was my kids. That's all there is, and I can never forget about that because they're the reason I changed my life.”

When Amirah was born, Roberts was not training to be a professional prizefighter. He was running off the rails and heading in the wrong direction. Seeing his little girl for the first time shook him straight. 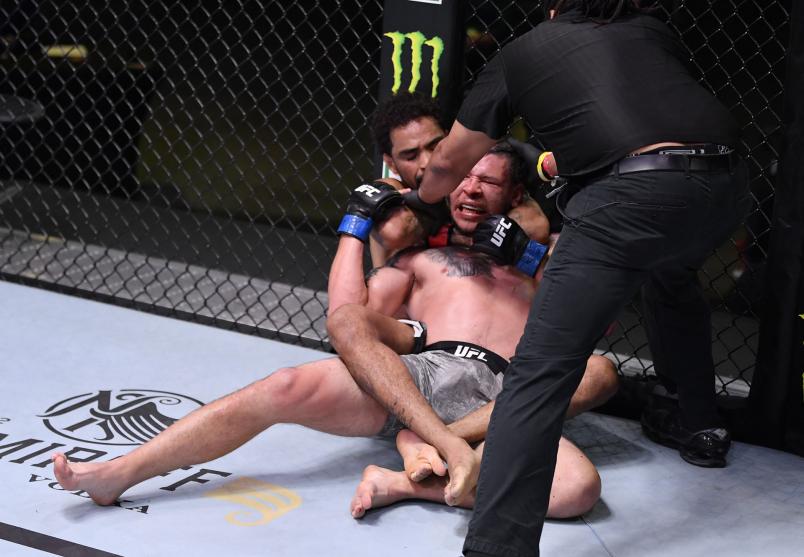 Roberts secures a rear choke submission against Brok Weaver during the UFC Fight Night event at UFC APEX on May 30, 2020 in Las Vegas, NV (Photo by Jeff Bottari/Zuffa LLC)

“I was living this crazy life and I wasn't ready,” he said. “But when I saw my daughter, something just clicked and I was ready to make a change.”

He made it. These days, visits home to Florida to see his kids are broken up with work trips to his adopted home state of California. It’s not easy on him, but it’s necessary, not just to keep him focused, but to keep him on the road to a world championship. Sure, there are setbacks, like a June loss to Jim Miller, but even then, he’s got a couple fans who will be with him no matter what the result is on fight night.

“They told me, ‘Don't worry about it, dad. You'll be back, you're a great fighter,’” smiled Roberts. “They keep my head up and that's one of the best feelings. They don't really know what's going on, they don't know what fighting really means to me or what I'm trying to do, they just know that I'm fighting. So for them to tell me that, it really touches my heart all the time and that's what makes me get back on the horse and keep moving.”

Saturday, Roberts is back on the horse and ready to get back into the win column against late replacement Croom. In the great scheme of things, it’s not a fight that will move him into the rankings, but it’s a fight, and an important one because every fight is important. Not just for his record, his place in the division and his wallet, but because people are watching. And he wants to give those people who may be struggling like he was a little bit of hope.

“I want everybody to know that they can be whatever they want to be,” said Roberts. “They can look at me and see where I came from and see where I'm trying to go and know that no matter where you came from, no matter how bad your life was or no matter your situation in life, in general, as long as you want to put your foot forward to be something different, then you're gonna be something different. Anything out in this world is for the taking; all you gotta do is put your foot forward and go take it.”