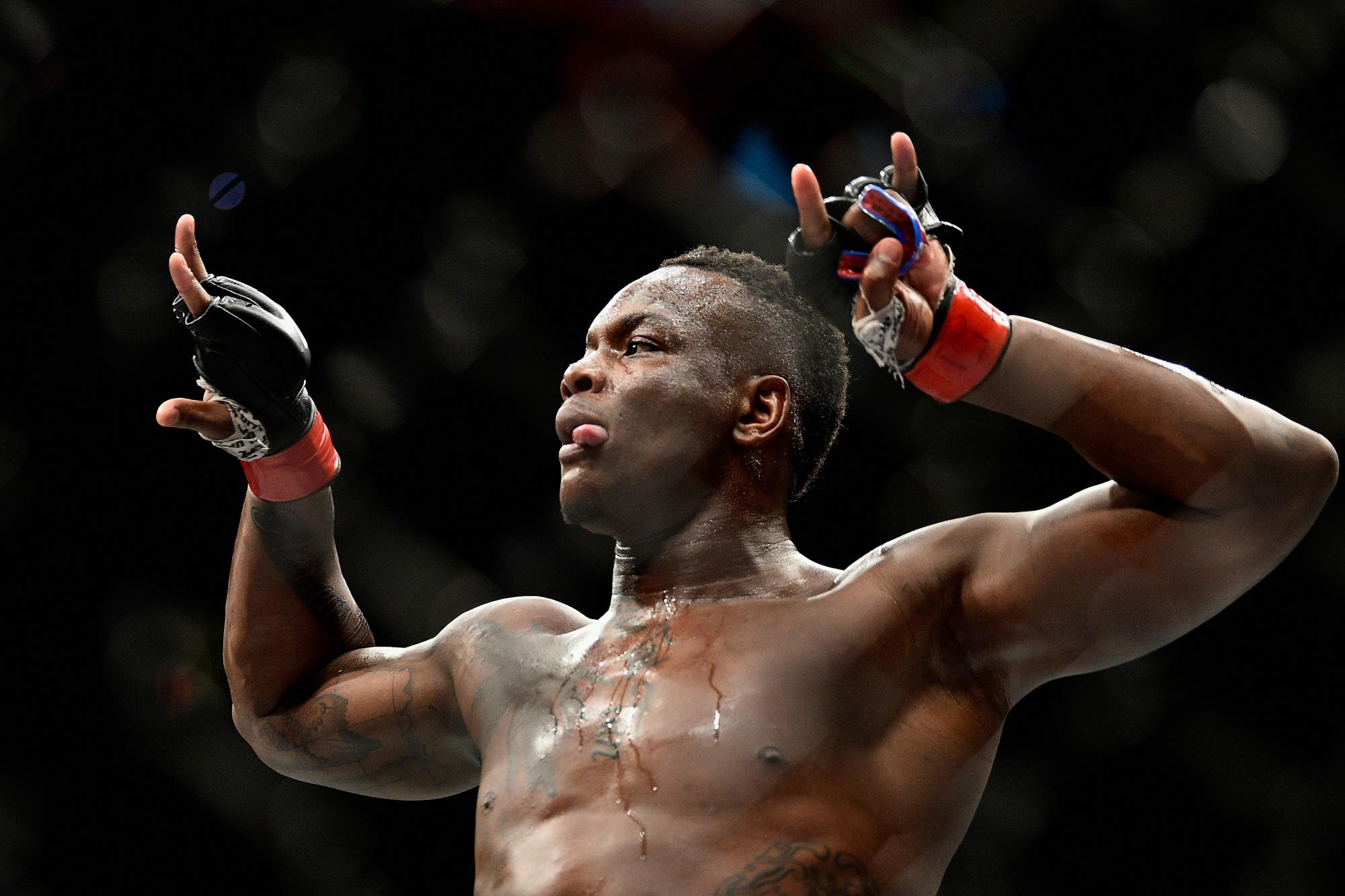 “I was surprised, but at the same time, I take it as a challenge because I’m not fighting the Nikita that I fought in 2014,” Saint Preux said about getting matched up with the now 27-year-old Ukrainian fighter.
By E. Spencer Kyte • Apr. 11, 2019

This weekend’s headline pairing between Max Holloway and Dustin Poirier isn’t the only rematch set to go down at State Farm Arena on Saturday night in Atlanta.

A little over five years after their first meeting, Ovince Saint Preux and Nikita Krylov will run it back in a battle of Top 15 light heavyweights looking to get back into the win column and start building some momentum as they begin their 2019 campaigns.

“I was surprised, but at the same time, I take it as a challenge because I’m not fighting the Nikita that I fought in 2014,” Saint Preux said about getting matched up with the now 27-year-old Ukrainian fighter.

Just as their bout this weekend will kick off the UFC 236 pay-per-view main card, so too did their initial meeting at UFC 171 at American Airlines Center in Dallas.

Krylov entered off a 25-second knockout win over Walt Harris, his first victory in the UFC, and was making his debut in the light heavyweight division, while Saint Preux was in the midst of an extended winning streak, one that started with his final appearance under the Strikeforce banner and continued through his first two fights as a member of the UFC roster. 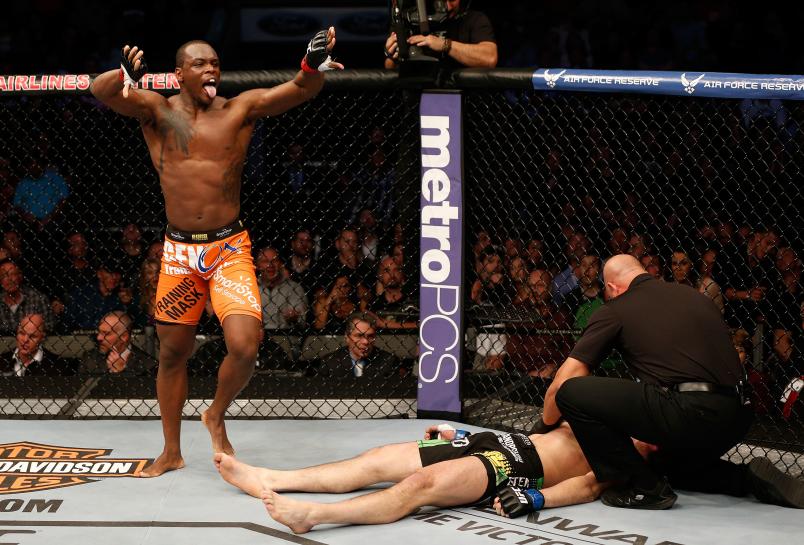 Both showed promise and the potential to develop into fixtures in the light heavyweight ranks, but Saint Preux quickly made it clear that he was the superior talent in the Octagon that evening.

Just 30 seconds into the contest, Saint Preux caught a kick and put Krylov on the canvas, quickly climbing over into side control as the divisional newcomer tried to hold onto a headlock on the opposite side. When Krylov refused to untangle his arm from around Saint Preux’s neck, the Knoxville-based athlete clamped his hands together and drove his shoulder forward, putting Krylov to sleep with the rarely seen Von Flue choke.

“I’m fighting a better version of him and I know he’s going to come out there and try to rip my head off, especially after the first fight,” he said of this weekend’s rematch. “So I have accepted that challenge. Plus, I’ve never had a guy that I’ve fought twice, so I’m definitely excited about that part.”

Another thing that Saint Preux has accepted is that his days of being the most active fighter in the light heavyweight division are a thing of the past.

In the six years that he has been a member of the UFC roster, the Omega Psi Phi fraternity member has made the walk to the Octagon 18 times. He’s competed 10 times since the close of 2015 and seven times in the last two years.

He’s gone 11-7 in those 18 appearances under the UFC banner and while he’s become a fixture in the Top 10 and received praise for his constant readiness, the now 36-year-old competitor believes it’s time to slow things down and commit more time and focus to each individual matchup like most of his contemporaries do.

“If you look the 205-pound division in the UFC, I’m one of the most active in the division,” said Saint Preux, who fought 11 times in 2010 and 2011 combined and once stepped into the Strikeforce cage three times in seven weeks, winning all three contests. “But a lot of guys in the Top 5, they only fight like once or twice a year.

“When you have momentum, you want to go with it and it makes you feel good, but it can also be a double-edged sword,” he continued. “You get guys where because they’re fighting once or twice a year, they can concentrate on those one or two fights, and when you have guys fighting three and four times a year like I have, it’s hard to come back and with that same concentration that you need.

“If you go from one thing to the next to the next, sometimes it can be good if it works out for you, but most times, if you’re fighting these Top 10 guys, it’s going to be a little harder.”

The need to dial it back really took root for Saint Preux following his loss to emerging contender Dominick Reyes back in October.

He’d split his first two appearances of the year, suffering a first-round submission loss to Ilir Latifi in February before rebounding with an opening round submission win over Tyson Pedro in June and he jumped at the chance to share the cage with the unbeaten upstart and be a part of one of the biggest cards of the year at UFC 229.

Saint Preux was confident his experience and unconventional style would be too much for the skilled, but untested, Reyes and he was all systems go as they headed into the Octagon. 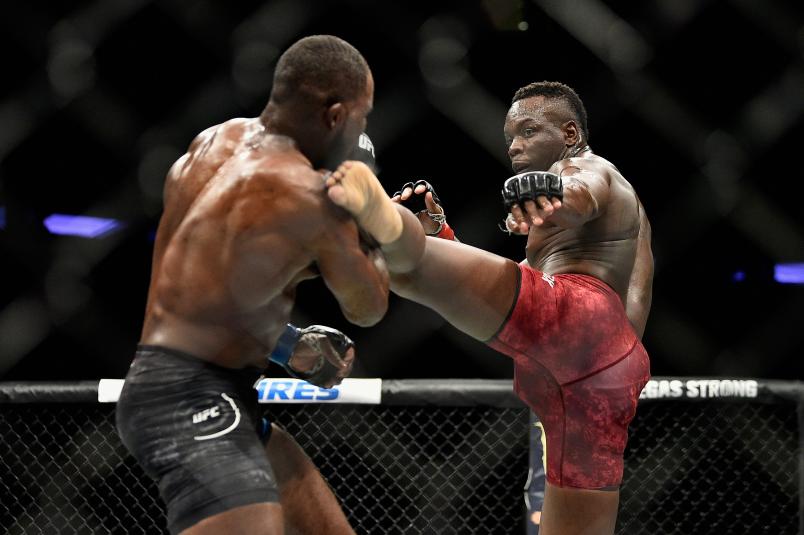 NEW YORK, NY - NOVEMBER 04: Ovince Saint Preux knocks out Corey Anderson with a kick to the head in their light heavyweight bout during the UFC 217 event at Madison Square Garden on November 4, 2017 in New York City. (Photo by Jeff Bottari/Zuffa LLC/Zuffa

But after landing on the wrong side of a clean sweep of the scorecards — and getting laid out at the conclusion of the third round — he knew it was time to press pause and make some changes.

“Physically, my body can do what it wants (and what I need it to do), but it’s been about preparing myself mentally; that’s the biggest thing,” he added.

By the time he steps into the cage on Saturday, it will have been six months since his last appearance, equaling the longest break he’s had since he readied to face Krylov the first time at UFC 171, and he’ll do so feeling refreshed.

“This camp, I’ve felt like my state of mind has been good,” Saint Preux offered. “It’s hard to break me physically, but mentally, this game can be challenging at times.

“I feel good. I feel real good, actually. I feel more upbeat,” he added. “That old me is coming back around again, which is good.”

Good for him? Yes.

Good for Krylov and the rest of the hopefuls looking to make a move up the light heavyweight rankings?

Not so much, which is exactly the way Saint Preux wants it.