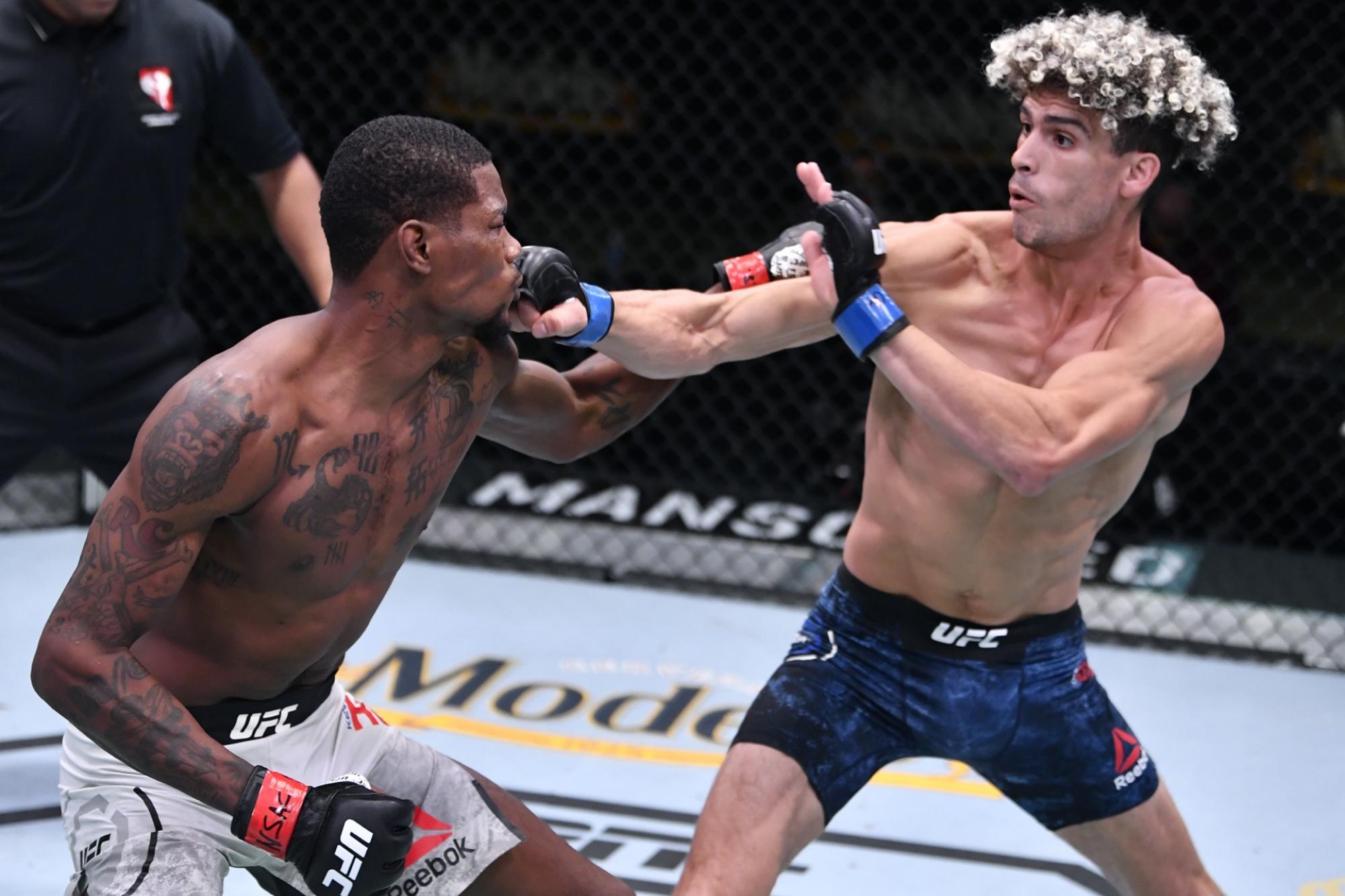 When it came time to hand out an extra $50,000, there were no shortage of candidates when UFC Fight Night: Hall vs Silva drew to a close. These are the four that rose to the top.

Kevin Holland has done it again. The "Trailblazer" moved to 4-0 on the year with his first round stoppage victory over Charlie Ontiveros. With the win he became the only fighter on the UFC roster to have four wins in 2020 and he continues to build momentum heading into 2021.

The stoppage came after Holland landed multiple slams on UFC newcomer Ontiveros. Once Holland had him pinned to the canvas he positioned himself for a choke before Ontiveros verbally tapped. While it wasn't exactly a flashy knockout like we've seen from Holland, it was nice to see Holland's grappling as a weapon.

It will be interesting to see what he can continue to add to his game and he gets ready for an attack on the middleweight rankings.

Holland to UFC.com: I want Platinum Perry. Mike, you really want to fight? Me and you had a little fun online. I'm the guy come on let's scrap.

Welcome back to the win column Alexander Hernandez!

"The Great" walked to the Octagon listening to Fleetwood Mac and grinning from ear-to-ear. He left the cage with the same expression less than ten minutes later after defeating Chris Grutzemacher by TKO in the first round. It was a huge moment for Hernandez, who recently picked up and moved his life to Colorado in order to train under Marc Montoya at Factory X.

The moved paid instant dividends as it was clear that Hernandez was feeling more relaxed and confident than ever. He quickly overwhelmed Grutzemacher and reminded everyone why he was ranked not too long ago.

Hernandez to UFC.com: Before I was getting all these big names and tough challenges. I was so new and novice to this level. Now I’m getting my paychecks up. I’m making money and am going to keep growing. I’m working my way back into that higher echelon. I’m in no hurry. I’m becoming a prize fighter. That’s what I want. I was looking at it all wrong before. I'm going to get my way to the top as soon as the time is right, but I'm not rushing it at all.

What a debut for batamweight Adrian Yanez. The recent Contender Series graduate backed up the explosive ability he showed on the show with a massive head kick KO in his Octagon debut against Victor Rodriguez. The finish was picture perfect and was essentially a walk off win for the 26-year-old.

It will be interesting to see what's next for Yanez, who has completely changed his life this summer by earning a ticket to the UFC and then by securing a bonus in his first fight. One thing is certain, Yanez is here to bring it and I can't wait to see what he has in store for us.

Back in February, Miles Johns lost for the first time in his MMA career. He dealt accordingly with the loss and bounced back in a big way on UFC Vegas 12 by securing his first UFC finish. He moves to 11-1 with his KO of Kevin Natividad and puts himself right back on the short list of prospects that could quickly become contenders.

The finish came after Johns' jab was connecting almost automatically through the first two round and deep into the third. Johns and Natividad briefly engaged in the clinch before Johns was able to land a devastating uppercut that put Natividad down for good.

It was a big moment for Johns and he proved to a lot of people that he can be a real force in an already stacked bantamweight division.

Johns told UFC.com: In between rounds I was smiling and talking to him. I just had a good time in there tonight and that's when I'm at my best. Getting that last one out of the way and shaking that off, I just felt like a whole different fighter. I really did feel free in there. That’s the most fun I’ve had and I think the best performance.